There is this Manga or Japanese comic strip that I read called One Piece. In it a character named Sanji is shown as a runaway Prince serving as a cook on board a ship Captained by the protagonist. The author of course has employed an adventurous fantasy. But fantasy sometimes does become real.

Chef Akshraj Jodha, a descendant of Rao Akheraj of the Akheraj dynasty in Rajasthan would technically be a Prince. A Prince of Chefs who brought amazing food from the House of Akheraj.
The Rajasthani food festival was one of many food festivals held at the ITC Grand Central. I will be honest, Mumbai's take on Rajasthani food had left me disillusioned. I did not attend this festival with big expectations. I mean, I was quite tired by the likes of those Rajasthani Thali restaurants serving inauthentic food.

However, not only did the food at Hornby's Pavilion take me by surprise, it made me completely change my perception of Rajasthani food. Chef Akshraj personally cooked everything for the duration of the festival. He ensured that the food remained authentic and completely followed his recipes. I enjoyed both the Vegetarian and the meat based grub in this festival. The man really is a Prince of cooking.

Here are some of the dishes that I tried. 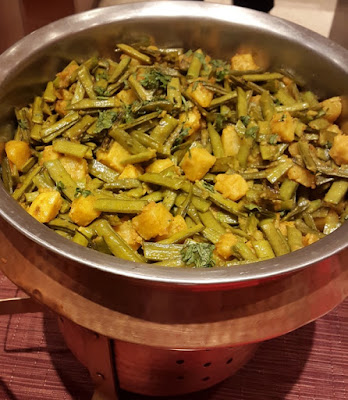 Aloo Gawarphalli was a vegetarian dish made out of cluster beans and potatoes. I dislike cluster beans usually. I have since childhood swept them to the side of my plate, unconsumed. However, I found myself taking a second helping of the cluster beans over here. The flavor was completely different from the one I am acquainted to. It was a mix of bitter, sweet and salty flavors. I must call the chef a genius over here. No one has so far been able to make me eat Cluster beans before. 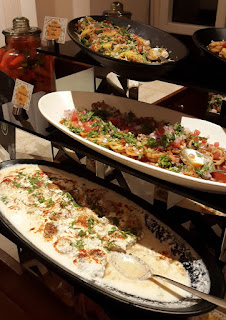 The salads and chaat counter had a mix of interesting appetizers. These "Chaats" had unusual ingredients like Jalebi in it. If you love good Indian food then these are for you. 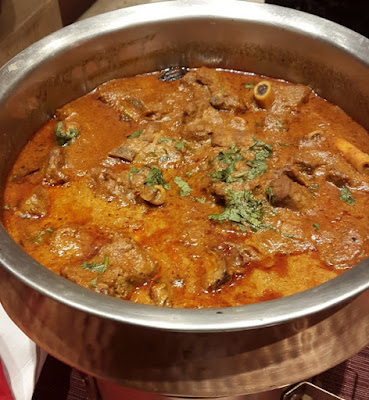 Laal Maas or Read Meat was historically a curry made out of wild game meat like deer or Wild boar. It was a favorite among the royals. But now days its made of tender lamb. Hornby's version was a beautiful flavor pot of spicy and savory sensations. I do not think that I have had a tastier Laal Maas than this. 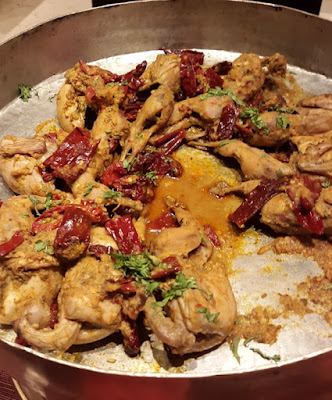 The Rajasthani Quail was a decent experience though I have had better variants elsewhere.

Apart from the above, there was a live counter with fish tikkis and vegetarian tikkis being cooked for the patrons. Being a Five star hotel property, the restaurant also had its regular buffet options along with the festival buffet options. In completeness, it was a great experience. My best at ITC so far. 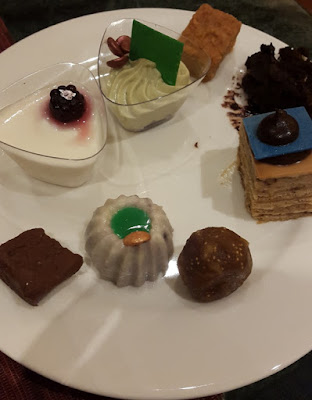 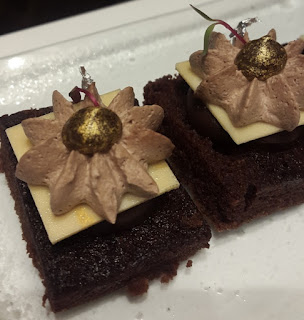 The Dessert platter was one of the better ones in Mumbai. I found myself saving just enough space to hog a plate full of desserts.

The service at Hornby's Pavilion was as excellent as that at Shanghai Club and K & K. It goes hand in hand with ITC's exemplary hospitality.

The Pricing was on the higher side as it is a restaurant inside a five star hotel, however this was the best Rajasthani food that I have ever had. I think the food at the ITC makes the festivals well worth the cost and time.

Its shame that festivals are ephemeral. Nonetheless, Hornby's pavilion offers a GREAT dinner buffet platter. Well worth a visit at any time of the year.

-I was invited by ITC Grand Central to sample the Festival menu at Hornby's Pavilion. My review however is objective.-

Posted by Rishabh Mittal at 7:45 pm No comments: