This Captain felt like having Indian food for lunch. And then there was this place that I had me eyes on. The place be called Copper Chimney and would be my next port of call. I head for Oberoi mall, a brightly lit food island in the middle of nowhere. The lads were famished, as were I.


The name Copper Chimney is associated with one of the most iconic restaurants in Mumbai. In recent times, every successful restaurant tries to expand its profits by franchising out. Copper Chimney is no exception. This outlet is one of the many Copper Chimney branches in the city. It may not be as good as the parent restaurant but it still manages to somewhat come off as a chip of the old block. And in defiance of its many siblings it surprisingly remains open past the traditional lunch hours. Although, this could have been a week end thing only.

One thing that copper chimney is well known for, is its decor and ambiance. It truly comes off as a Coppery- Golden place. The chandeliers mimic cooking handis hung upside down. So one thing is for certain, the restaurant always tastefully decorates itself. The lighting makes one feel as if they are sitting in a Mughal Emperor's court and dining with the viziers and nobles. Maybe Emperor's food court sounds more close.
Classy experience for the suburbs. The only downer was the choice of furniture which appeared as a bit of a mismatch.

Crewmate : Do you think we can pillage the Emperor's booty?

Captain : Help yourself lad. Get me the curries, the kebabs and the naans.


My order comprised of Murg Makhani, Paneer Palak , Butter Naan, Roomali roti and Missi Roti to go along with that. 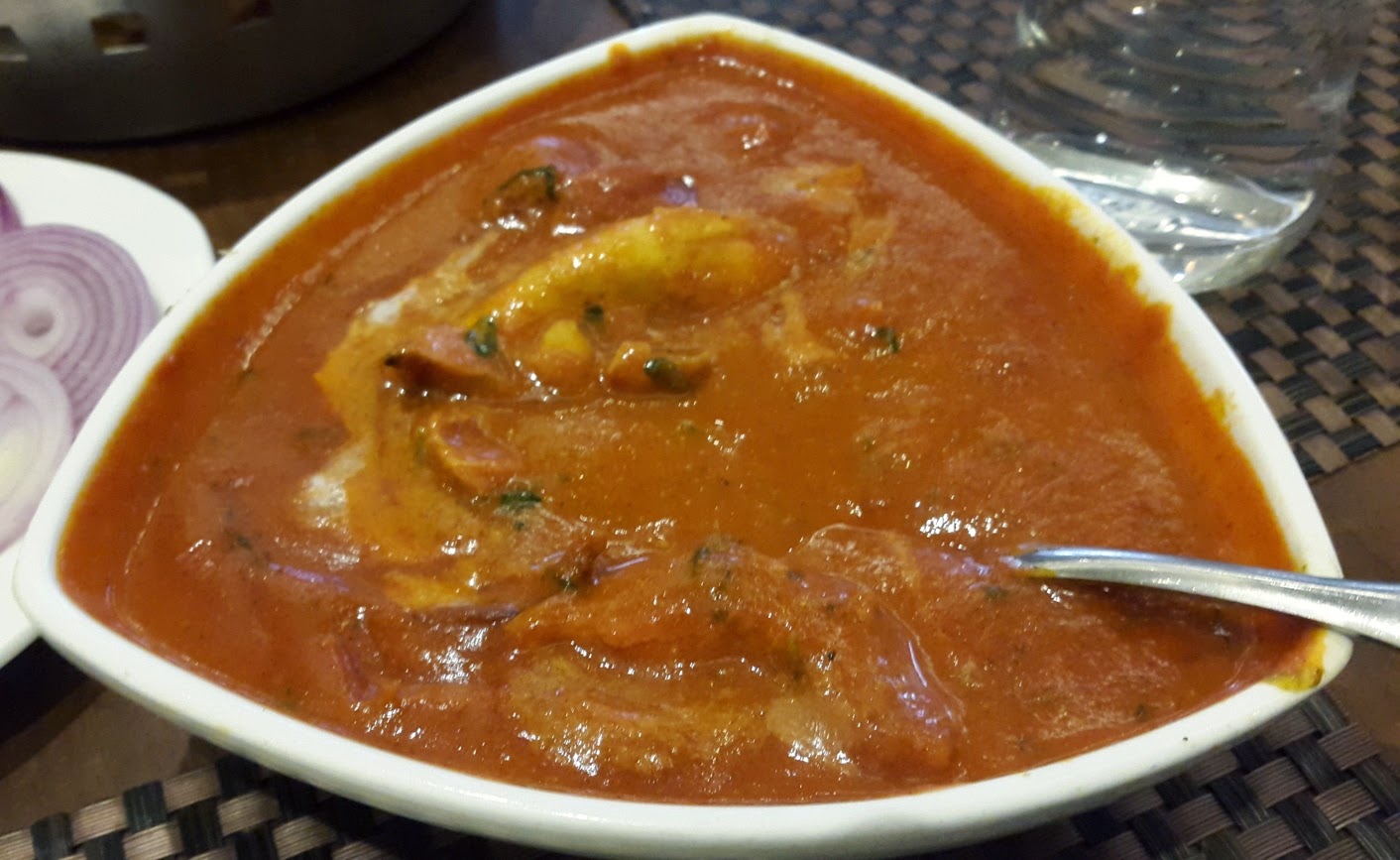 The Murg Makhani was certainly different from the classical Butter chicken that I am used to having. But this taste was not an unfamiliar one. The flavor of tomatoes dominated the dish. This was very much a Punjabi or to be specific a North west Punjabi variant. The gravy was rich. The chicken soft and well marinated. And it smelled quite good. The only glitch was that there was a single bone lingering in this supposedly boneless dish. 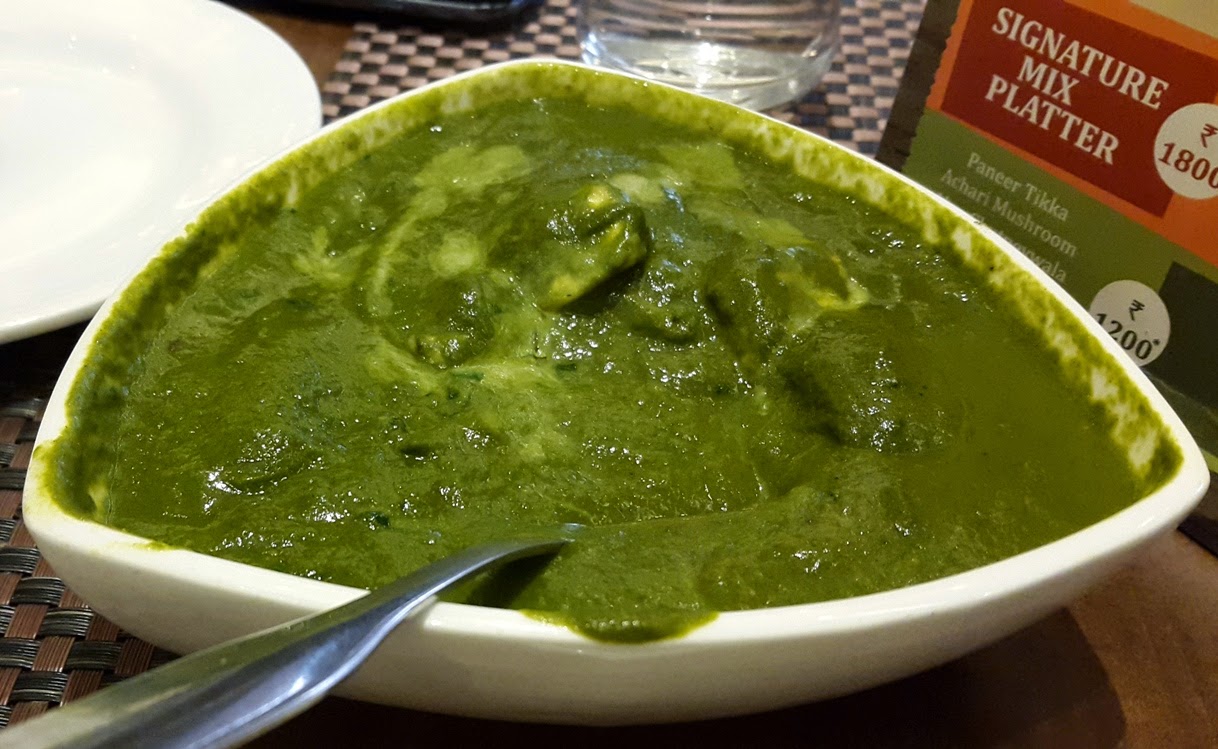 It looks good, it smells good but it does not taste good. Surprisingly sweet with some weird foreign flavor, the Palak Paneer was a turn off. It appeared as if the chef tried some "innovative" experiment which backfired at the expense of the patron. I have had better Palak Paneer than this at Udupi joints. For a place of Copper Chimney's caliber and pricing, a much better dish was expected.

Captain : This ridiculous gloop is no Palak Paneer.  Did the cook lose his marbles?

Crewmate : Captain, I think we should pack it away.

Captain : Hardly mate, I don't think,that I shall have it later either. 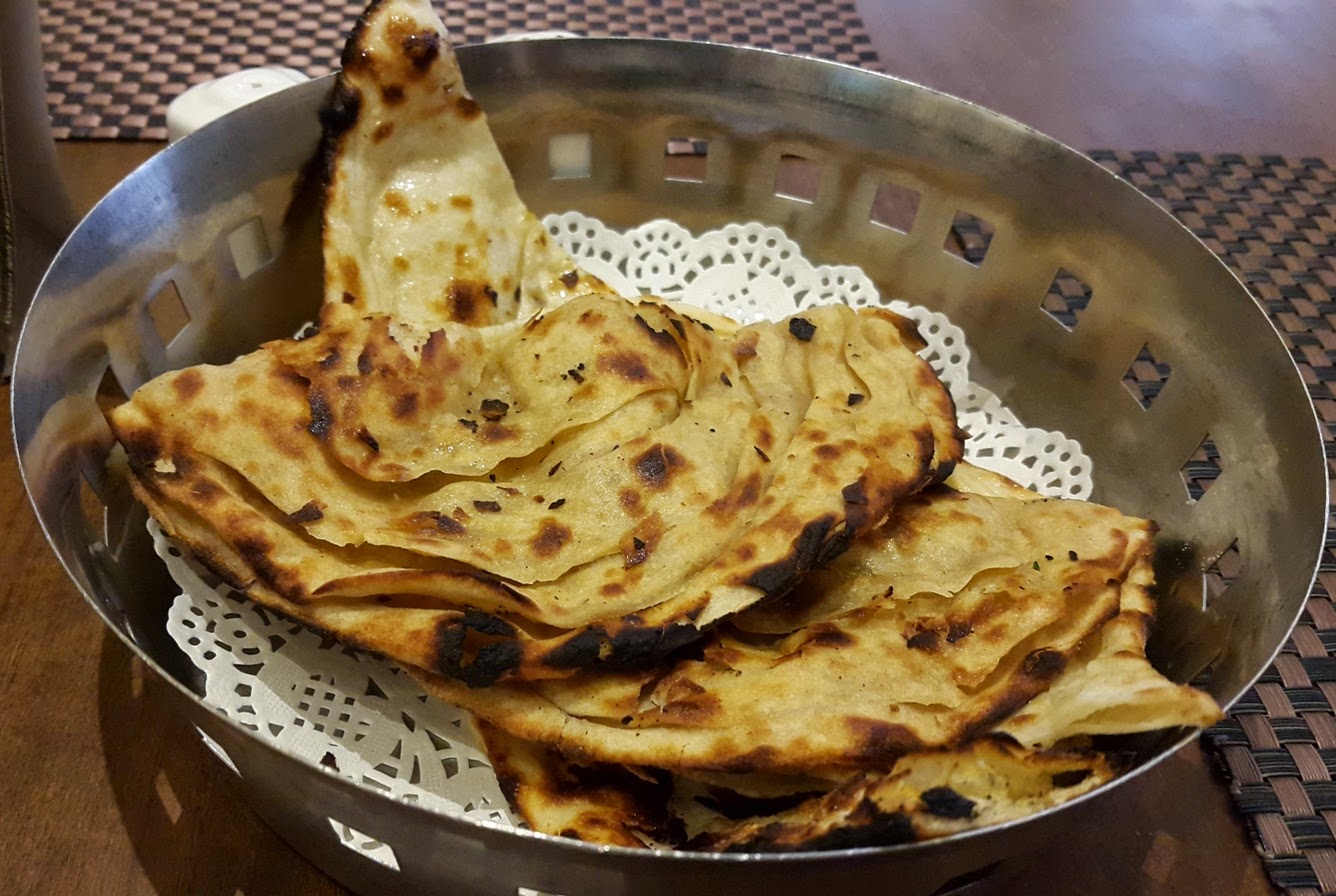 The Roti naan basket. The breads were pretty ordinary. The naan was a tad bit crunchy and the missi roti lacked bang. Eatable but nothing special. The roomali roti was perhaps the best amongst rotis and tasted great. I wondered if I should have skipped the naans and went for more roomali roti.

The servers individually are polite but the service should be a bit more organized. They messed up the arrangement of my order by bringing the drinks with the meal after we had specifically told them to bring the drinks first.

Finally the pricing, Copper Chimney is your higher than run of the mill Mughlai restaurants but lesser than fine dines like Zaffaran. The food is acceptable but it certainly appears to be "not that good" for the prices. That is true at least for this branch.

And they have an extra addition of 10% service charge on their bills. I am usually a good tipper but the amount of the tip is my choice. I dislike restaurants that force autograt on the bill. Going by the glitches in my experience, my tip would have been much lesser then the restaurant's number. The tip is always the customer's prerogative.

Concluding, I'd say that Copper Chimney is a mediocre experience. The ambiance is classy but the food lacks sufficient power. Then the upper side prices and service charges.


"There are many fish out in the sea lads. Time to unfurl the sails, raise the anchor and move at the mercy of the winds ."