One may wonder why Tis' Captain be sailing in this Andheri region for so long. But The Captain always thoroughly explores big islands. Today's destination be Le Berian's in the outer reaches of Andheri Lokhandwala. Traveling between the busy lanes, I finally reach me destination. With a Knife and fork in me hands, I kick the gangplank open and walk towards Le Berian.

Le Berian is a catchy little name. It sounds French but yet it doesn't mean anything in French. It also has an uncanny resemblance to librarian. Legend has it that the owner felt Biryani Something or Something Biryani nomenclature for Biryani joints was a tad bit over used. So the owner came up with something original. Not only is the name catchy, it tends to linger in your head for a while.

Le Berian classifies itself as a Quick service restaurant although it is more of the home delivery type of place. Sit at the comfort of your home and use the food phone (completely unrelated to the bat phone) to order yourself some piping hot Biryani. Or be a little adventurous like me and make a trip to the restaurant itself. 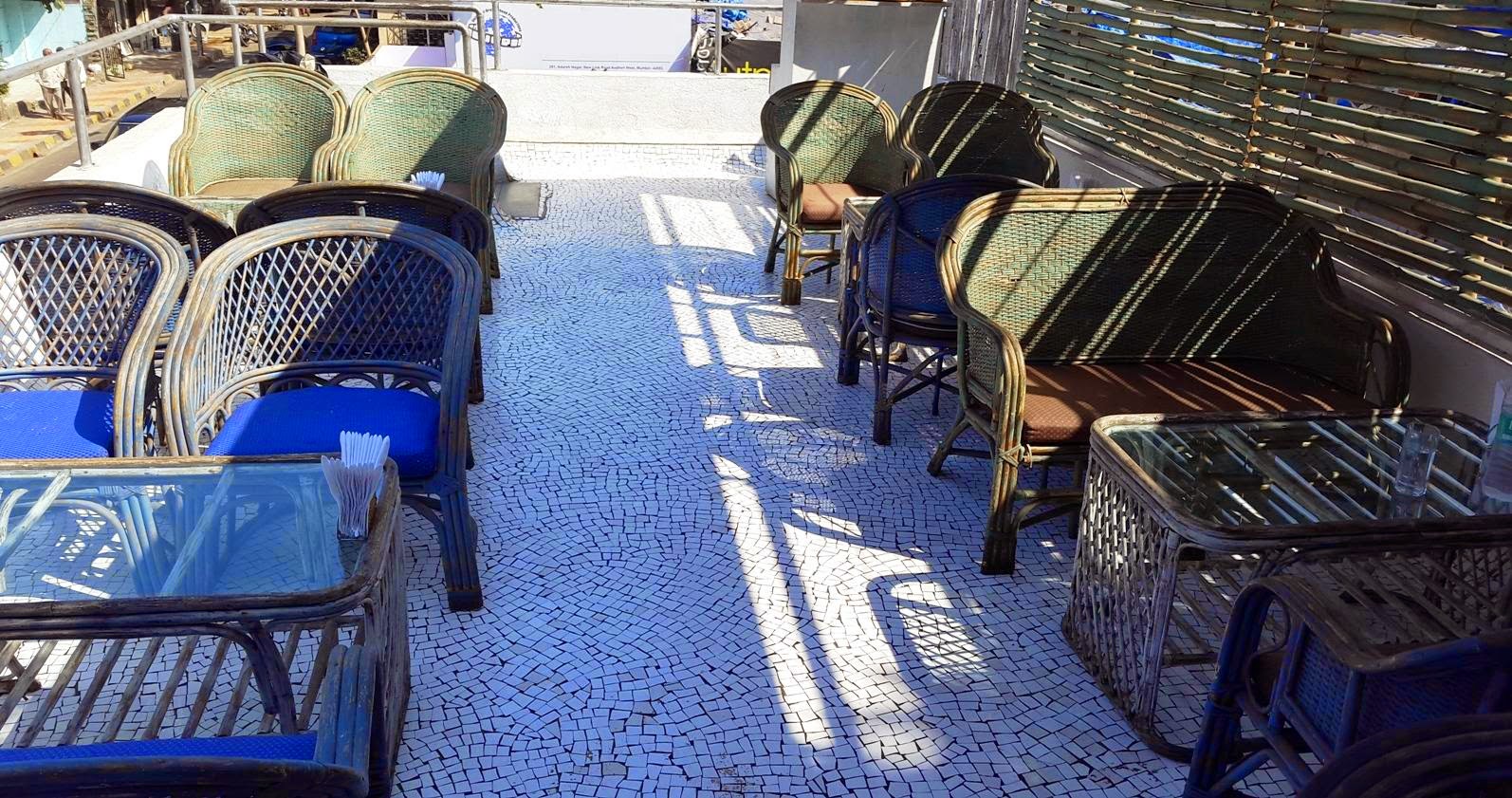 Since Le Berian is a delivery style restaurant, its in-dining facility may not appear luxurious to some. But yet it has made good of what it has. Despite being just two-storey high, its still a roof top restaurant. In what I would describe as a Dhaba meets roof top, Le berian actually has a decent dine in. The place looks enchanting at night. Don't take my word for it, see it for yourself. The place is a real hidden gem. You deserve to treat yourself, go forth.

Captain : I will sit on the table under the mango tree.

Captain : All right lad, lets settle our choices like true men with a game of ... rock scissor paper. 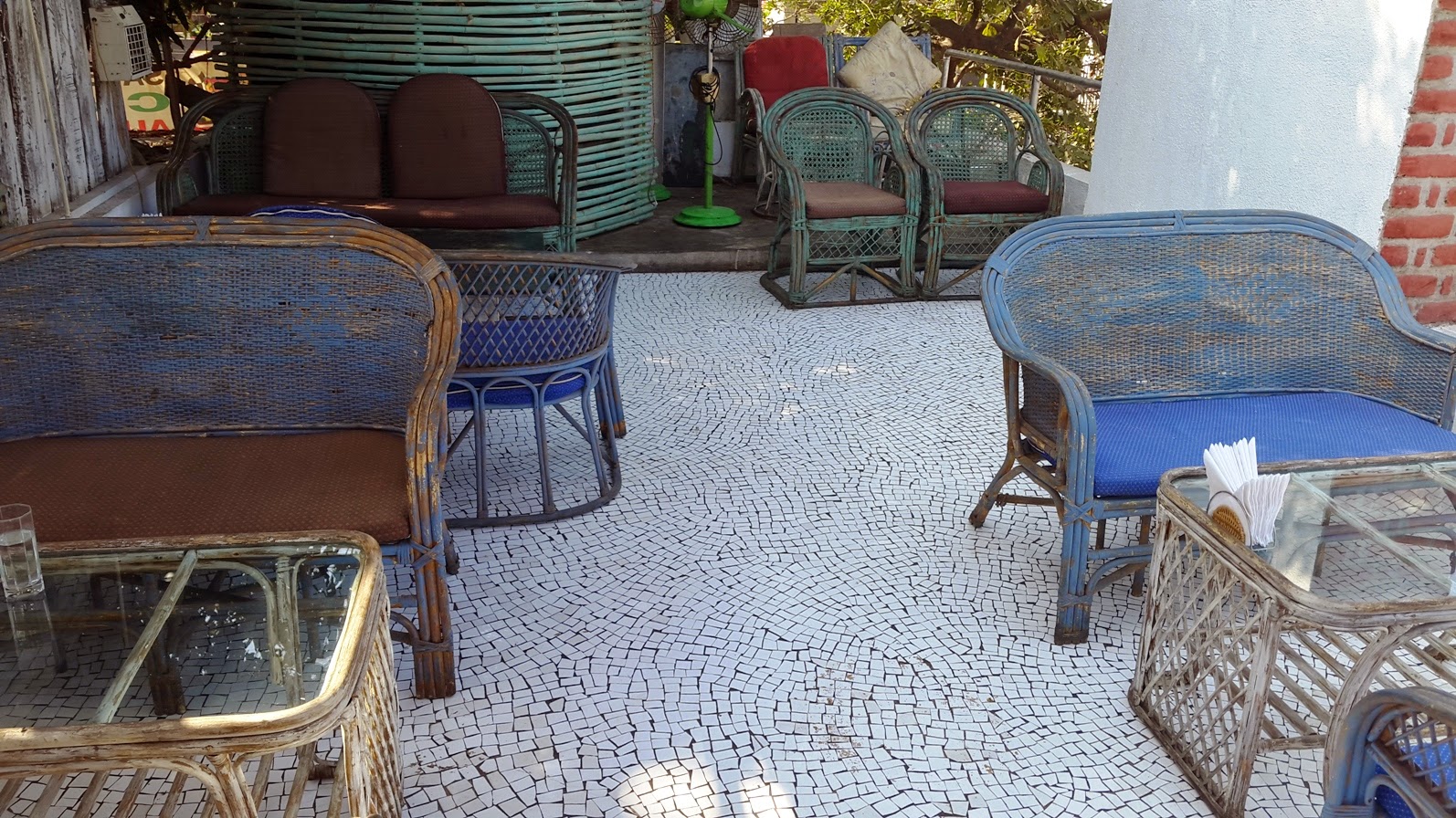 Although, it does not come without its flaws. The view on one side is full of shanties and old establishments. And there is also a fly issue in the dine in area. I literally found myself naming a pesky fly who wanted to desperately sample my grub.

The service is good although there is just one hard working server. So it could be slow at peak times. The server however knows his game well. He will accurately describe the dishes and help you with your choices. Not something, most restaurants have these days. 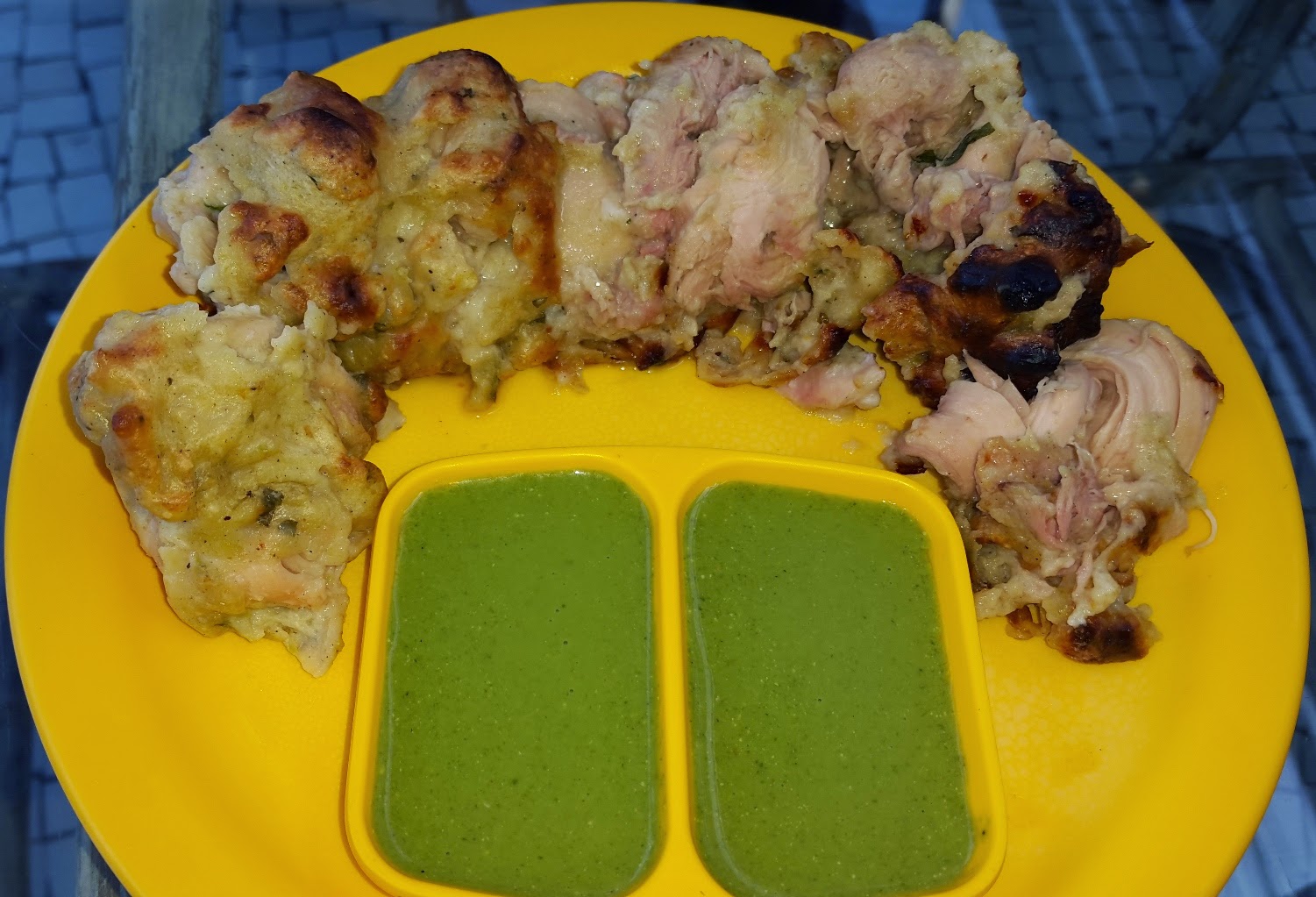 The journey started off with an initial glitch since the place did not have my first Kebab choice available on the said day. But the Kebabinator within me was not disappointed. Lay thine eyes upon this succulent whopper. Recommended by the informed server, I ordered the Reshmi Kabab Tikka.

The portions were rather large and it calmed my ravenous appetite. The Kebabs were medium rare, well marinated, creamy and rather juicy. The chicken breasts were quite aromatic too. An authentic Tikka taste with a hint of cream and a slightly tangy center would be my tongue's explanation for this item. I made sure that I did not leave even the tiniest shred of meat in my plate. The item was not greasy at all and did feel quite light. Appetizing indeed.

Crewmate : Captain, I think this kebab is...

Captain : Oh you don't like it? That all right, I shall eat yours then.

Crewmate : Hey, I was only saying that its the best. Give me back my plate, Captain ! 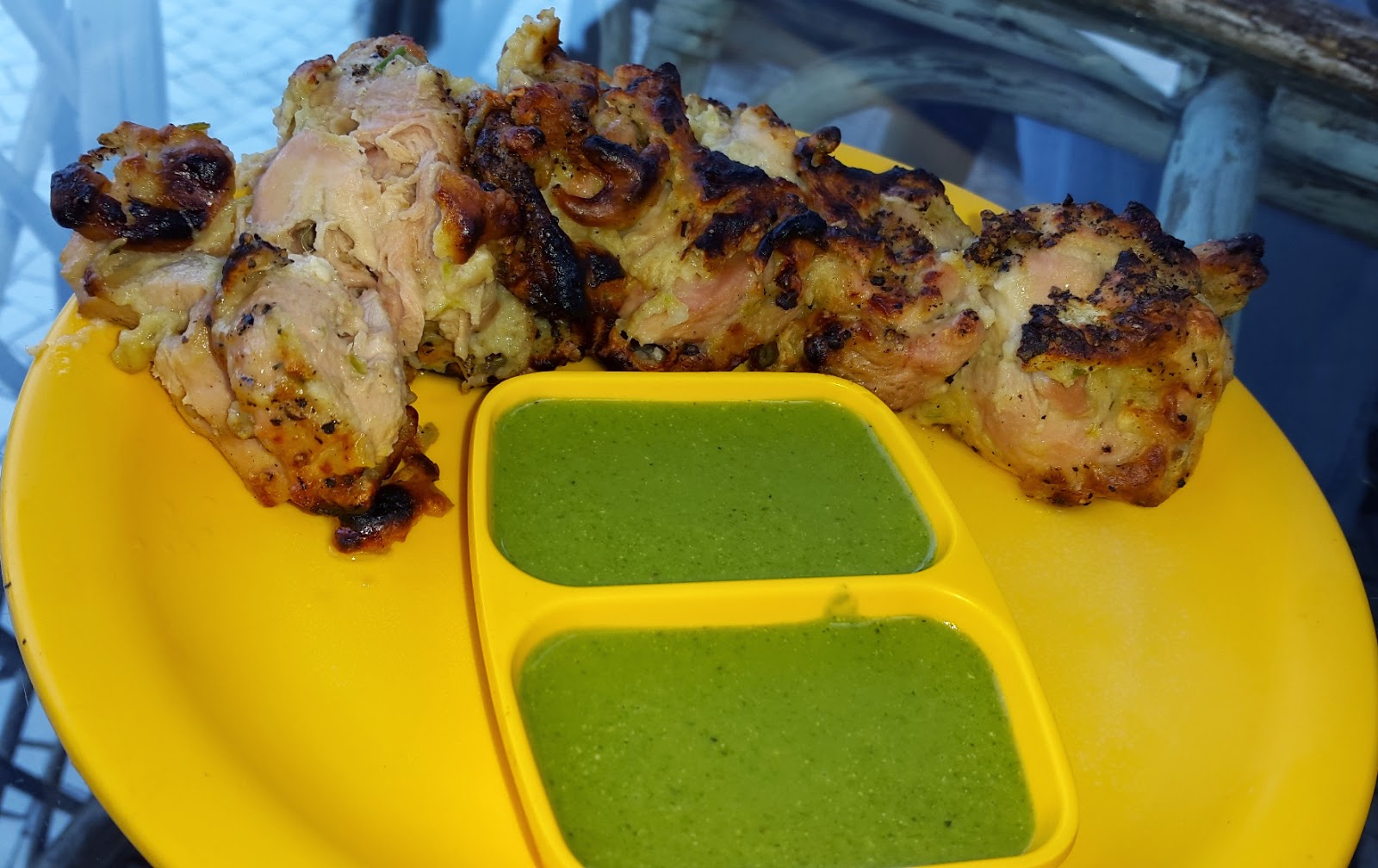 Up next was a plate of Kaali Mirch Tikka Kebab because one plate does not complete the ritual of satisfying the Kebabinator. Being a tikka type Kebab, its cooking usually follows a similar procedure as the Reshmi Kebab Tikka and they even appear the same. But the taste is different indicating a marked difference somewhere in the procedure. The Kaali Mirch Kebabs appear to be roasted a bit more and are not tangy in the center. The flavor of fresh black pepper corn also dominates the product. So while Reshmi Kabab was more of the creamy yoghurty-melt in your mouth type, Kaali Mirch tikka are pepperomatic kebabs. Well nuances aside, the Kebab was great. I find it tough to choose a winner between the two kebabs but I think Reshmi Kebabs get the ridiculously over sized trophy cheque. 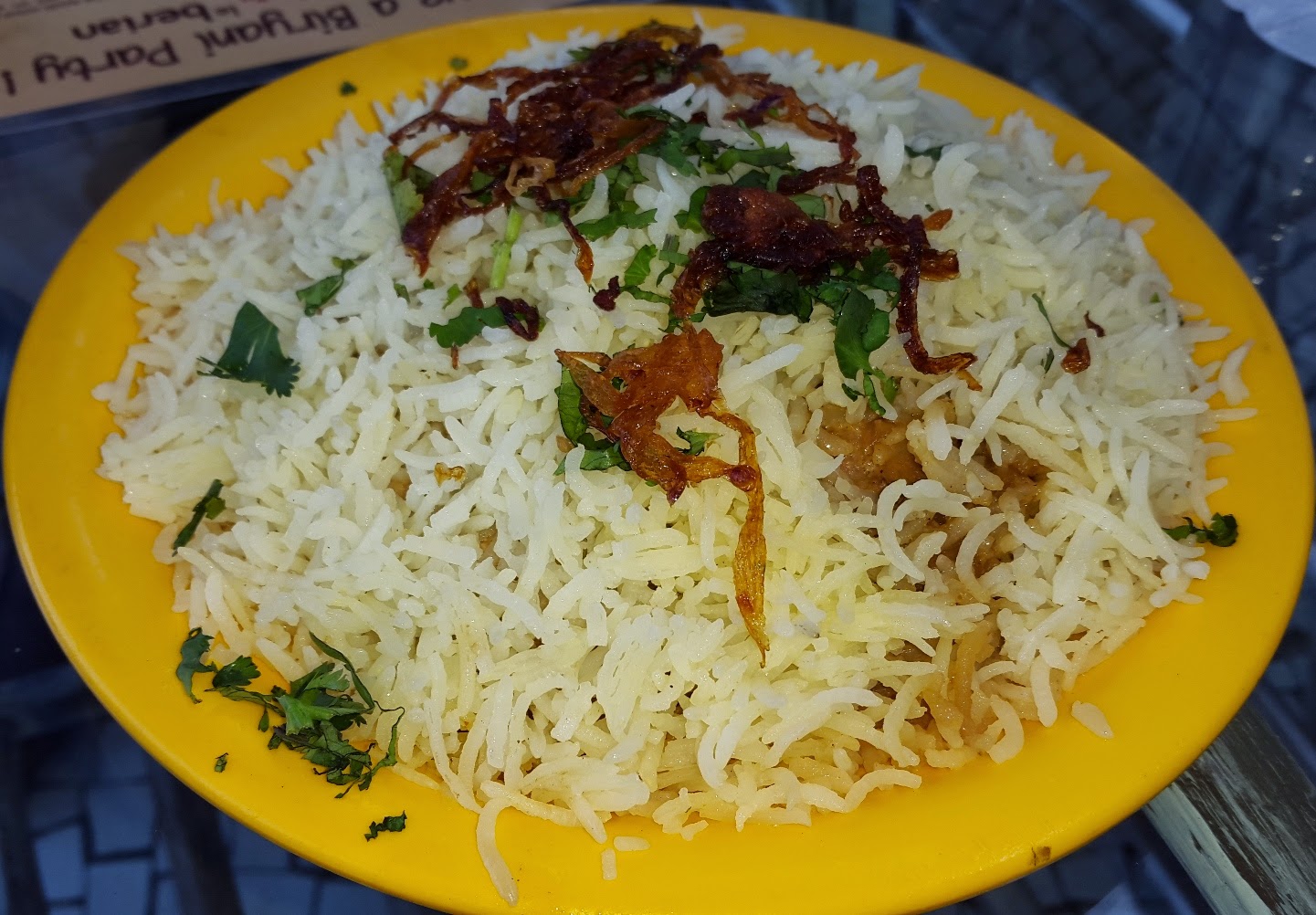 What is Le Berian without its flagship Biryanis eh? Presenting the Chicken Afghani Tikka Biryani. Made with good quality Basmati rice, sprinkled with aromatic spices and low on grease. This was an almost perfect Biryani. Its great for those who are sensitive to hot spices. Since it is low on chilly and pepper content, it would serve well to both Indian and International patrons. Having American friends over ? Fancy some genuine Indian food? Who are you gonna call? Le Berian !

The chicken chunks were tender and tasty with the flavor having reached the softest depths of the Chicken. But the only flaw I found in this variant was that the rice felt out of sync. The flavor of the chicken was great but the rice felt like the unwilling companion. Minor flaw since the taste was 80% there. I wouldn't say that it is was unsatisfactory since I did finish it completely. 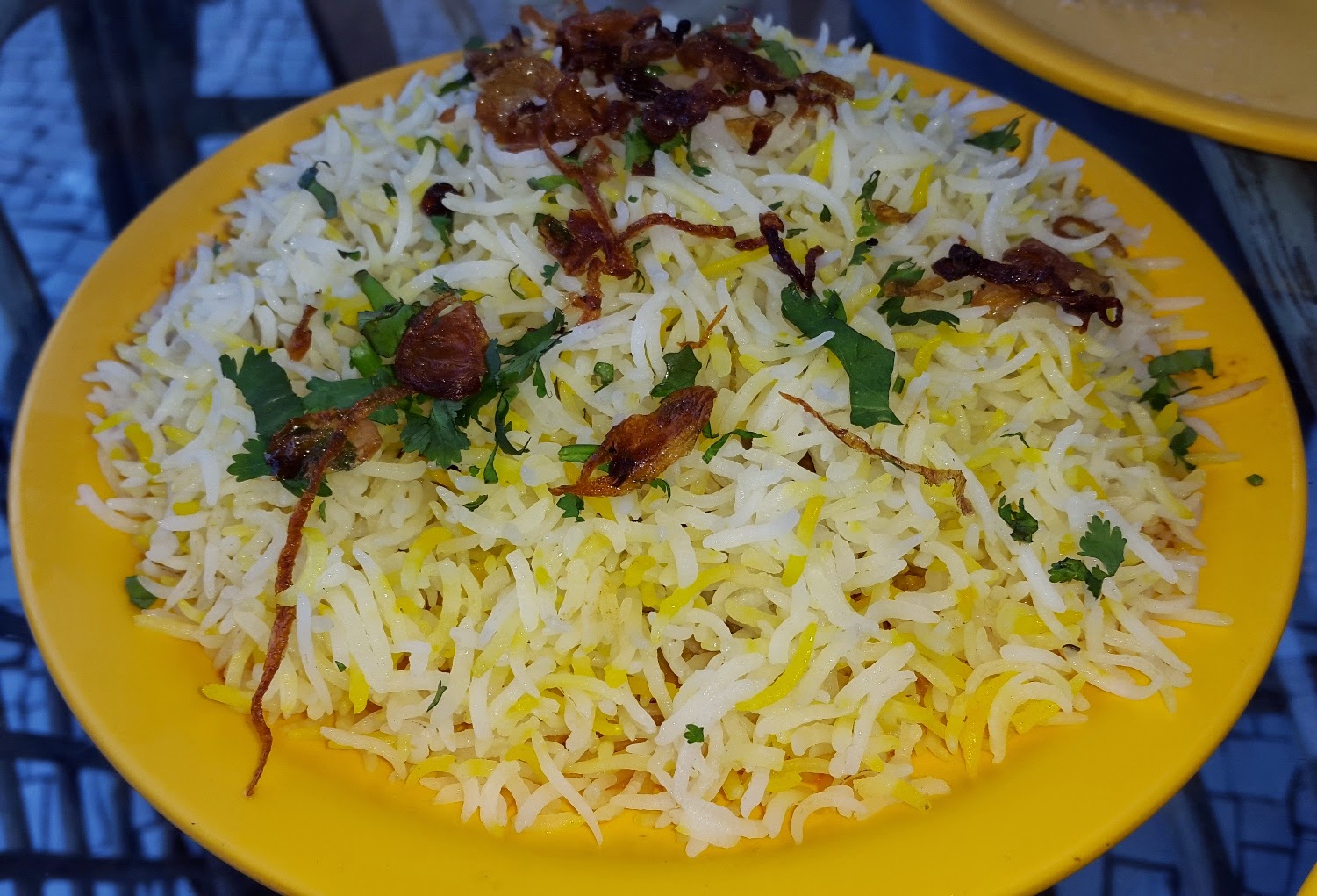 When God felt that Man was making crappy food, God shrugged and gave Biryani's recipe to man. And Le Berian's Bohri style Lamb Biryani is the epitome of a how a good Biryani should be. It is moderately spicy, loaded with flavor, low on grease and made with two kinds(or atleast two colors) of Basmati rice. Billed as Le Berian's signature specialty, it lives up to the hype. I ate each bite fondly and relished the flavor promptly. The Mutton was cooked in a unique blend of spices and tasted great. As I chewed the tender meat, the flavor pampered my spoilt taste buds. The rice was equally impressive. The flavor had latched on to the rice perfectly and the ingredients were at perfect harmony with each other. The bulk of my rave for this place comes due to this item alone. If you think you have tasted good Biryani, wait till you try this.

Captain : I think we should have this every week mate.

Crewmate : I concur. But what if other lads disagree?

Captain : Then off the plank they go. 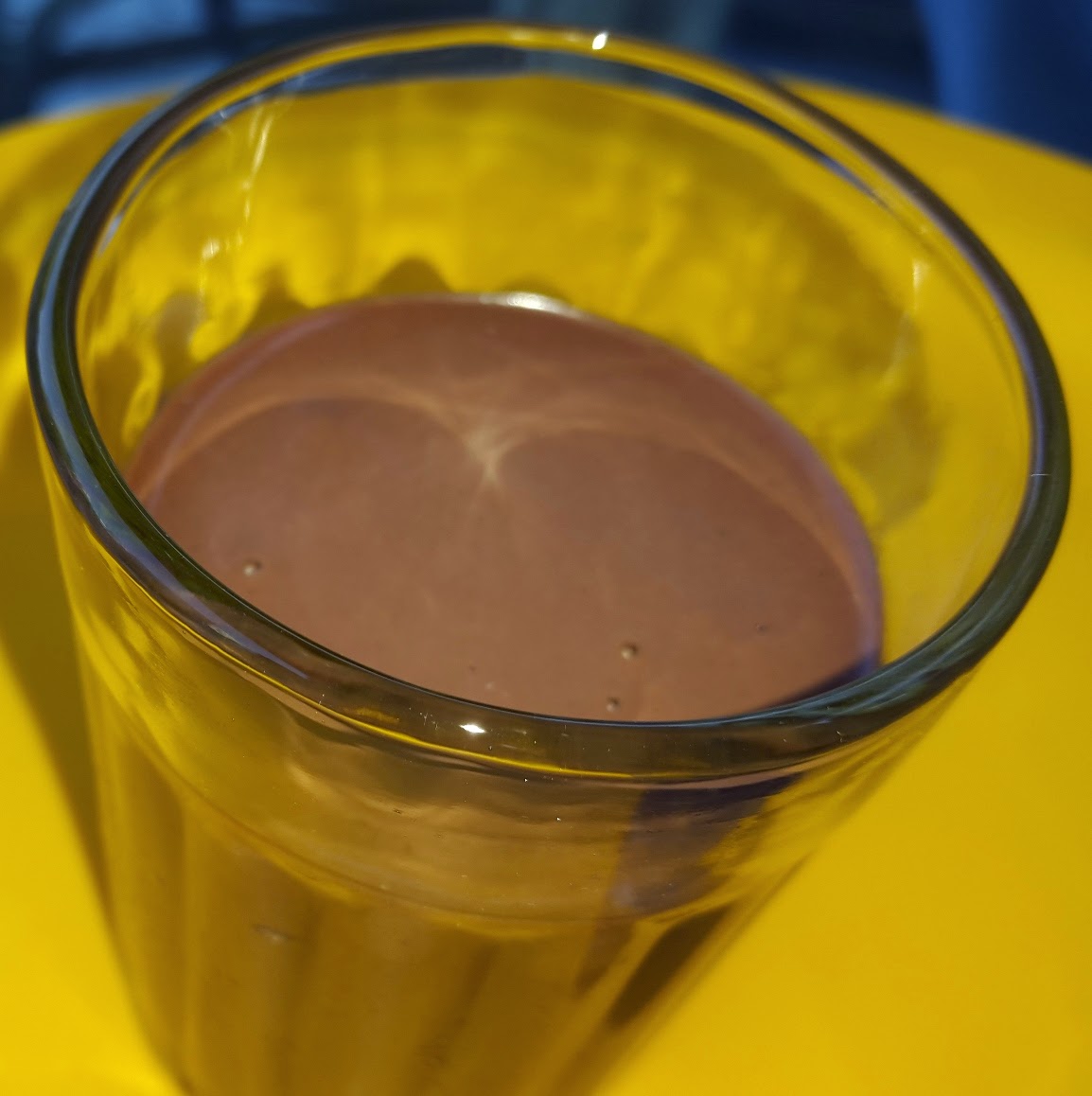 Initially, I thought that I was served with Cutting Chai as a dessert but despite its resemblance to Mumbai's favorite tea, the concoction in the tea glass happened to be chocolate mousse. Named Chocolatewala love, it was an egg-less chocolate mousse. While I am not fond of Egg-less mouses, this variant branded itself an exception. Made with a thick, bitter sweet and rich chocolate liquor, this variant does come close to a proper egg containing mousse. The taste was rich and the consistency just right. As a testament of its consistency, I could hold the glass upside down and it would not leak out . 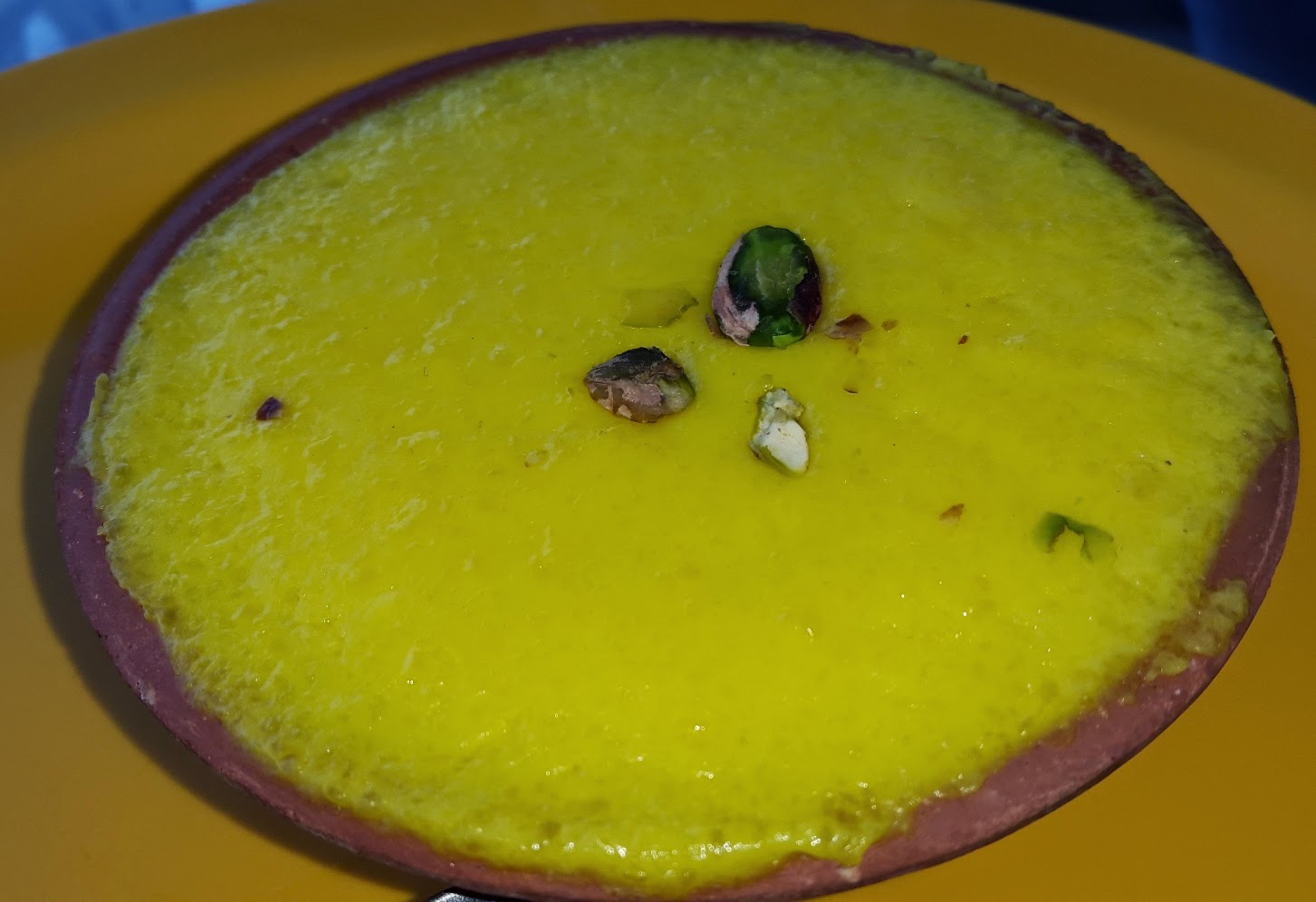 And finally I had the Saffron Phirni. What a fitting dessert for a Biryani joint. Phirni !
A saffron flavored rice pudding, this was clearly the better of the two desserts that I tried. Served in an earthen bowl, its flavor was enriched by its presentation. The rice grains were properly blended. Unlike average Phirnis where you feel intrusive large grains of raw rice coming into your mouth, this one was perfect. The liquid concoction was well made. And it makes a proper end to an Indian Biryani fare. You do not jump out of a plane without a parachute, so why have your Biryanis without a Phirni?

To conclude, I'd say that my Le Berian experience was great. The ambiance bugged me a bit, literally. But the food fixed everything. All is forgiven. Whether you choose to have your grub at the restaurant or in the calm vicinity of your home, Le Berian's food is a good choice.

"The sun sets in the west and the winds fly east. This be the time to raise the sails and move towards the horizon's edge."

-I was invited by Le Berian's Public Representative to sample the food.-
Posted by Rishabh Mittal at 4:49 am