The word Bohemian has both an artistic and adventurous context to it. It evokes the feeling of being different, liberal, adventurous and an explorer of the unknown. Mumbai is quickly becoming one of the World's best places for food. It joins the ranks of New York, Sydney, Singapore and Hong Kong when it comes to having multicultural food, fusion food and restaurants with interesting themes.

Bohemian Brew is a new hangout kind of a restaurant near the Khar railway station. It is the perfect place for the Bohemians to flock together and discuss their intrepid craft. The Brew part may initially throw you off making one believe that its a beer marker but make no mistake, the brew here actually means tea. Helmed by Chef Rahul Desai who is a Tea sommelier and a master brewer, the place shows great promise. 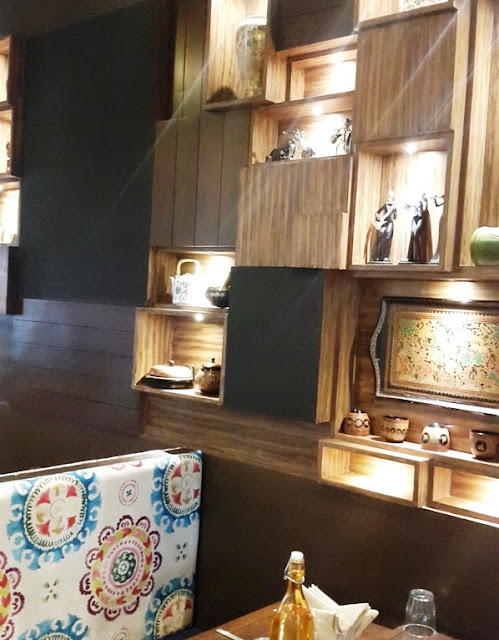 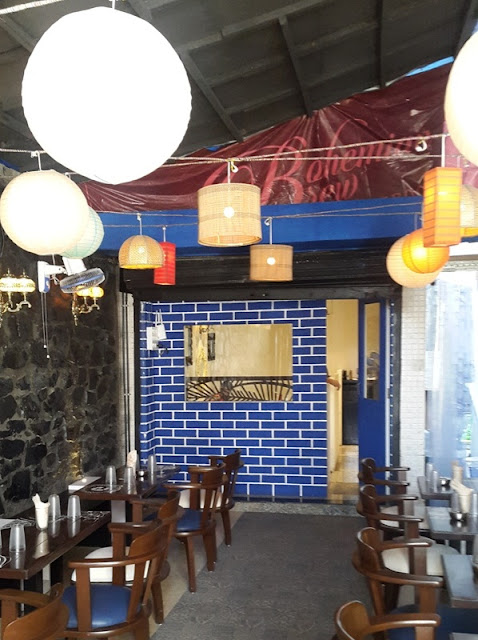 The place is made up of four distinct zones. The indoor dining area which is good for the quieter refined crowd, the outdoor area which is a shisha zone and perfect for large groups of people, A small private seating zone for elites and an underground room with board games for the cool kids.

Regardless of what kind of person you are, you will always find your zone at Bohemian brew. The decor is impressive. It is not over the top, radical and in your face ambiance. And it makes maximum use of every bit of estate available. It thus scores highly in ambiance. Do note that it looks far more beautiful in the evening. 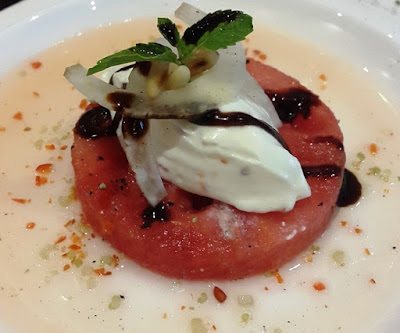 The Feta and melon salad was a simple but rather effective construction. The salty feta complimented the balsamic drizzle very well and the sweet, tangy, savory flavors created a medley of sensations on the palate. 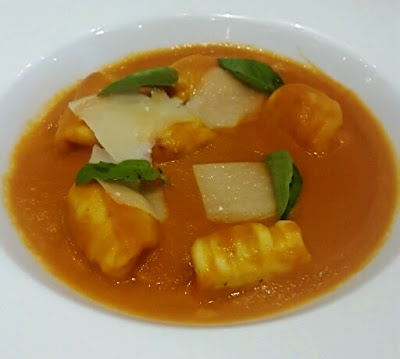 The Potato Gnocchi scored high on visuals but was average in flavor. I won't say that it was bad but I have definitely had better. 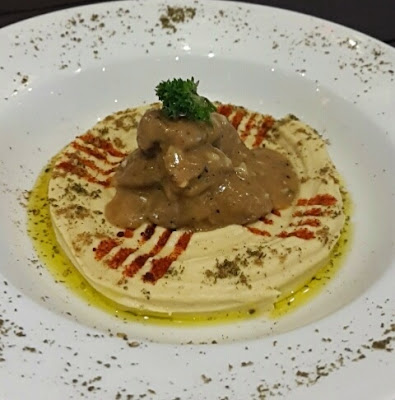 The Hummus bin Lamhe was delightful in both optics and flavor. The pulled lamb in the middle went excellently with the well flavored house made Hummus but I felt that this needed a bit of roughage. Maybe a piece of Pita or Lavash cracker at the side would have fit the bill. The menu did mention grilled pita as an accompaniment but none was served to me. 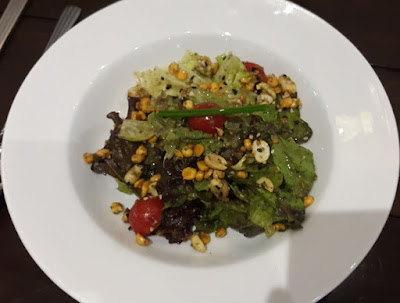 The Tea leaves Salad was suggested by Chef Rahul as a house specialty. Now I am not really a salad person but this did taste quite well. It was far better than the salads that I have had at many other places. So here is a healthy option for those who would like to narrow down their waistlines ha. 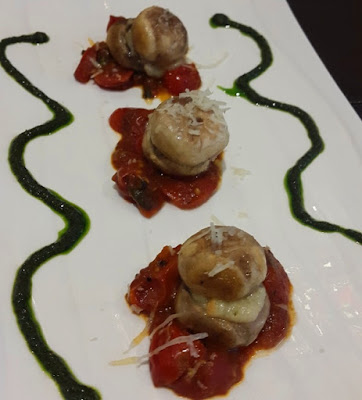 The Three stuffed cheese Mushroom was a disappointment. The cheese felt rather low as each bite was only mushroom all the way. A relatively simple construction and quite popular across many restaurants, this could have been better. 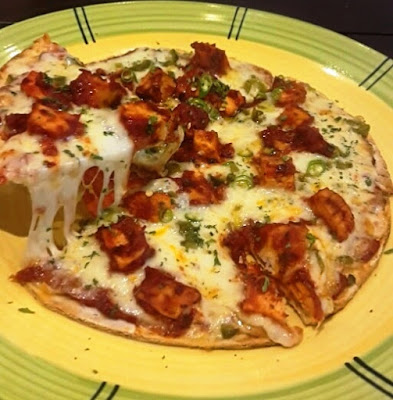 The Cajun Spiced Chicken pizza was the perfect meaty and cheesy pie. Light, less oily and made on a thin crust - this was one great offering of a pizza. The juicy Cajun chicken chunks were full of flavor which jumped out with every bite. And the cheese had a bit of stretchy lift effect too. 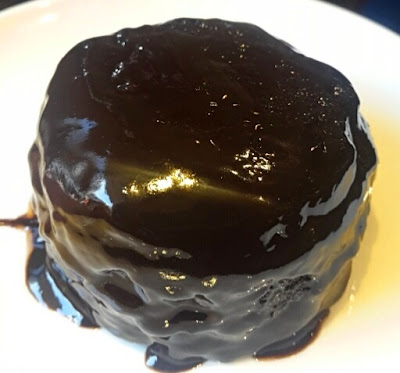 This Gooey Chocolate cake was a nice end to the whole experience. Sweet and decadent, just the way I like it. It was not on the menu as desserts supposedly rotate everyday, ask your server for your sweet options.

I cannot comment much on the service since the place is new but it appeared variable. Some servers seemed to perform better than some others. Probably a teething issue at this stage.

The pricing is pocket friendly and seems suited to cater the masses.

In entirety, the Bohemian Brew experience was good. There were some kinks that need to be worked upon but the restaurant concept feels refreshing and the food was mostly good. Do note that the restaurant serves thirty different types of tea. The Brew forms a big part of the restaurant and many a times your concoction will be brewed by Chef Rahul Desai himself. The Bohemian steampunk in me demands more tea mate.


-I was invited to sample the grub by the Restaurant. My review however remains objective.-

Posted by Rishabh Mittal at 7:04 am