Sailing through congested sea lanes is always a tiring task. Me ship's radar picked up a new but relatively obscure place in Andheri West. After a long voyage, I docked near a large island of restaurants. Facing old giants such as Quessos and Shreeji's was Kareem's. It is not a giant restaurant or a famous grog hole but it has a nice Tavernesque appearance with food fit for a Captain. 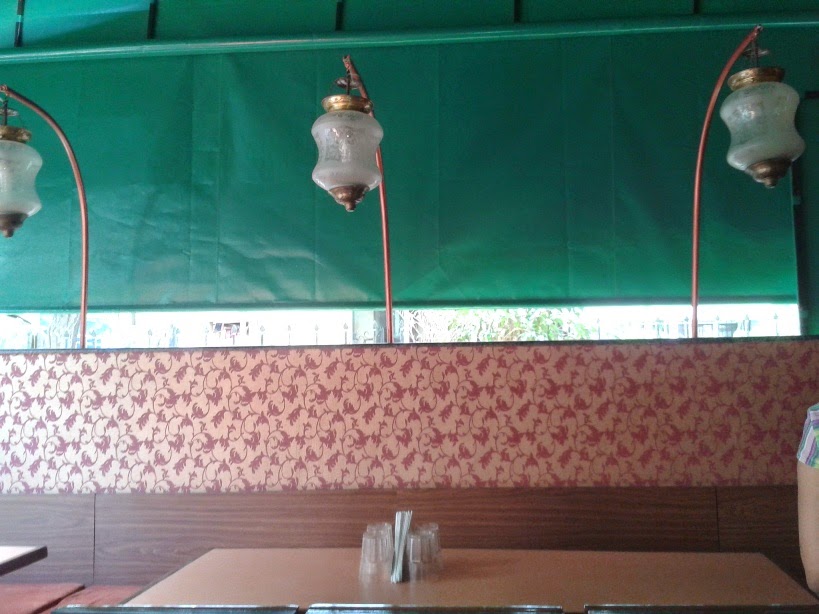 Kareem's seems to be a pretty popular name for Indian-Mughlai cuisine franchises. Let me clarify to the reader that this chain is Mumbai based only and the one in Delhi or the US are different. Being part of a franchise model chain, each Kareem's outlet has a different management and its own unique features. One thing that I notice about different Kareem's are their different color menus. This is quite fun. Adds a bit of a "gotta visit em all" thing to it. Yes I totally did not copy that from elsewhere.

This outlet is in a by lane with a not so impressive facade - Credits go to the BMC for digging up the roads and obstructing the restaurant. However, the restaurant itself is well maintained and clean. It has a small bistro like appearance but in my romantic sense of adventure - I thought that it resembled a small tavern. The kind of place where you love hanging out at your office lunch breaks. Or the kind of place you would love to go with your group of friends to.

The owners must be commended for taking the bull by the horns. Facing popular eateries like Quesso's, Shreejis and surrounded by many popular restaurants including several Mughlai type restaurants. It is akin to a skinny gladiator facing a hungry Lion. Excuse the bad pun. Yet, Kareem's seem to be doing good business. I went there during late afternoon. It was way way past lunch time, yet there were many customers going in and out. In a way, I felt relieved that I did not go there during lunch time since I wont have a place to sit.

All righty enough chitchat, lets get to the most important thing - the food.

Crew mate : I would like the Peeli Mirch Kebab.

Captain : That is a dilemma of choices matey. 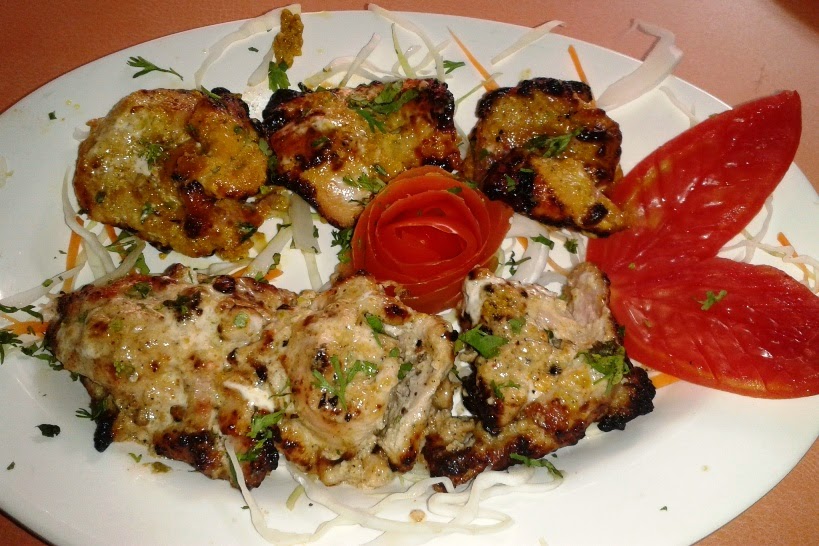 Savor the picture, this is one of my best grabs with my old camera. Seeing it alone makes me hungry. The upper three kebabs are the Pili Mirch Kebabs which are the house specialty. The lower half is the triplet of Kaali Mirch Kebabs.

I have had Kebabs in many places including street side stalls and fine dining restaurants. And the Kebabs here are definitely among the best that I have ever had. The Pili mirch Kebab lives up to its repute and was perfectly cooked. No burnt portions, great textured, tender and succulent. Full of rich flavor. These Kebabs had a base flavor of Chicken Tikka and were complemented by the spice of Pili Mirch( Yellow peppers). Pilli Mirch kebab is a rare thing among many other Kebab places. You do not find it in most Mughlai restaurants. To be able to get it so easily at Kareem's is quite convenient. This was without a shred of doubt the best item I had at Kareem's. It is a must try for all those who love their kebabs.

Kaali Mirch Kebabs are mild kebabs in terms of spice. They have a distinct flavor of Murg Malai Tikka with a hint of black pepper. If you are not fond of spices then Kaali Mirch Kebabs make a perfect choice. The lip smacking flavor of Creamed chicken is bound to leave you asking for more.

If you love your food extra spicy, the Hari Mirch Kebab is the way to go.

Captain : I am the Captain matey, Let me have the Kebabs .

Captain : Ha, where in the seven seas did you hear that from lad? 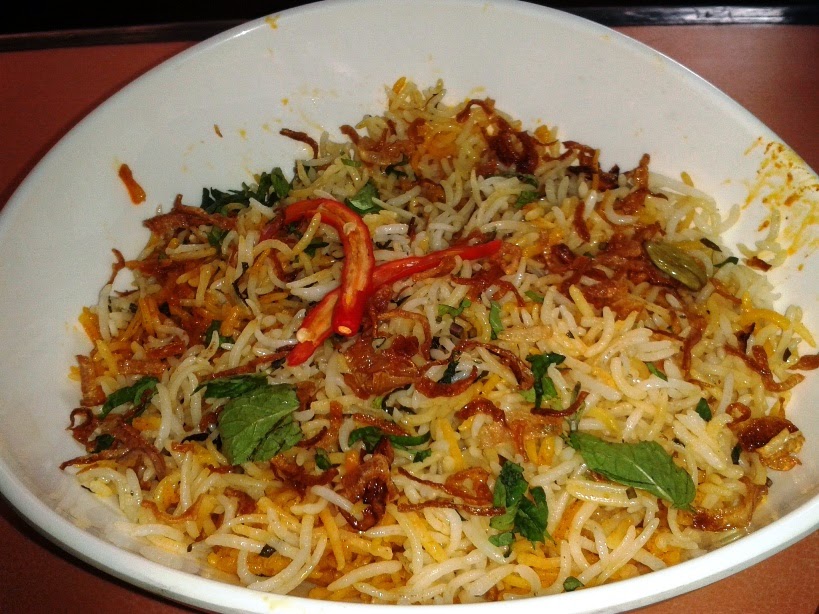 Despite its appearance, Kareem's is much more than a Kebab house. It offers most of the typical expectations of the North Indian - Mughlai fare. The mutton Biryani is quite decent. Moderately greasy and full of flavor. It isn't the best Mutton Biryani that I have had but it is the kind of thing that I can order everyday to satiate my Biryani craving. The boneless mutton pieces are a winner for those of us who don't like to eat bones with food. The flavor had sunk in pretty well and the temperature is just right. You wont burn your mouth with the first bite. The aroma is lovely too. Not too spicy and not too mild, just right. 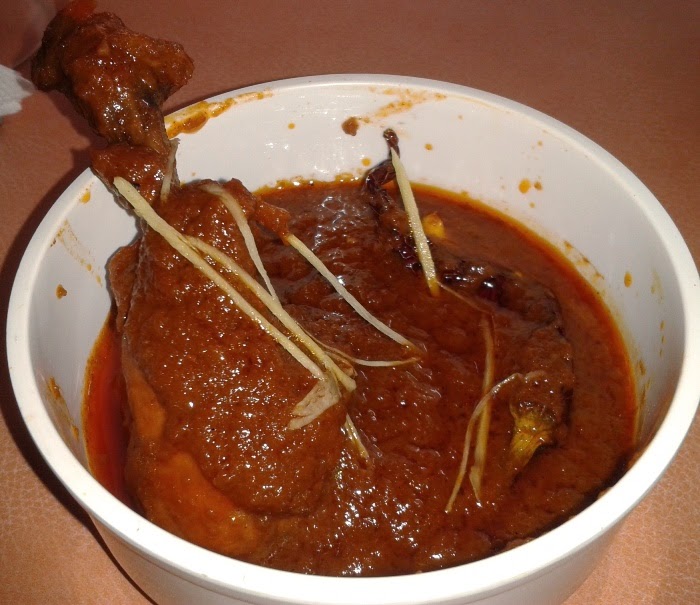 For those who are interested in a more Naan-curry fare, Kareem's offers a good variety of chicken and mutton dishes.  Karachi Chicken is another one of the house specialties. An item that varies from restaurant to restaurant. While the taste of Kareem's Karachi chicken was acceptable. I felt that the flavor of tomato was too overpowering. It kind of suppressed the flavor of other things. I guess a little less tomato would be better. 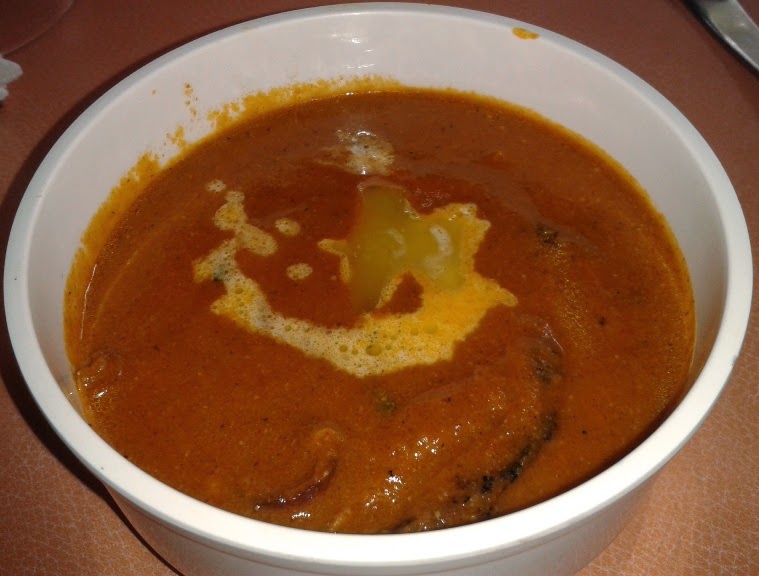 The Good Ol' Butter chicken. How could I write about a Mughlai place without trying its Butter chicken? A crowd favorite for decades and one of my all time favorite foods, I keep hunting for places that serve good Butter Chicken. Kareem's Butter chicken had rather thin gravy and was a wee bit sweet. But it did not compromise on the flavor. The flavor was rich enough for me to completely finish the gravy as well. The chicken pieces were soft, well marinated and the flavor of the chicken dominated the dish. Not the best Butter Chicken out there but good enough for me. And I am very particular about the Butter Chicken in Mughlai restaurants, the slightest taste issue could make me snap.
Again an item that I could order everyday to eat at home. Goes best with Naan.

Crewmate : Captain, didn't we also have Butter Chicken on our table? Coz I don't see it.

Captain: (Burrp) Butter chicken ? I have absolutely no idea what you are talking about lad.

Crewmate : You ate it all alone didn't you ? 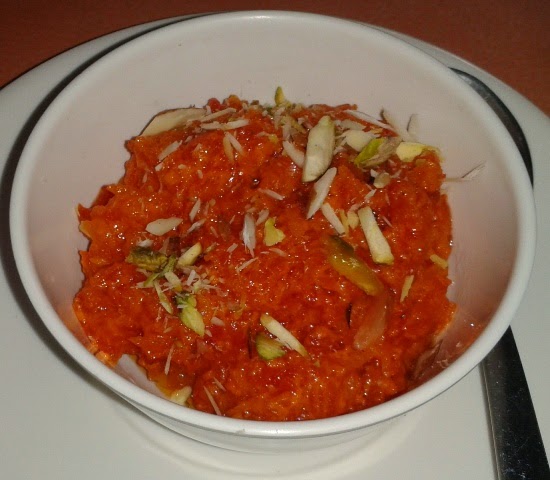 And what meal is ever complete without a dessert ?  I was suggested to try the Gajar Halwa. It was surprisingly light, less oily and full of flavor. Just like the Gajar Halwa made at home.It definitely beat the Halwa sold at many sweet makers and Halwais. It was extremely tasty, full of dry fruits and had a wonderful sweet aroma. It was finely cooked and had no anomalies like odd lumps. It was fresh and definitely a great way to end my Kareem's meal.

Like most Indian restaurants, Kareem's also sells vegetarian food and Chinese food. But I believe in trying the things the place is best known for. Kareem's has a great Chicken and Mutton fare. Worth a try, if you live in the Andheri Lokhandwala area or nearby. They deliver up to seven Bungalows neighborhood too so they cover a pretty large part of the Andheri west area.


The service at present is good since the owner herself monitors the serving process. Feedback is taken well, dishes are recommended and described properly. 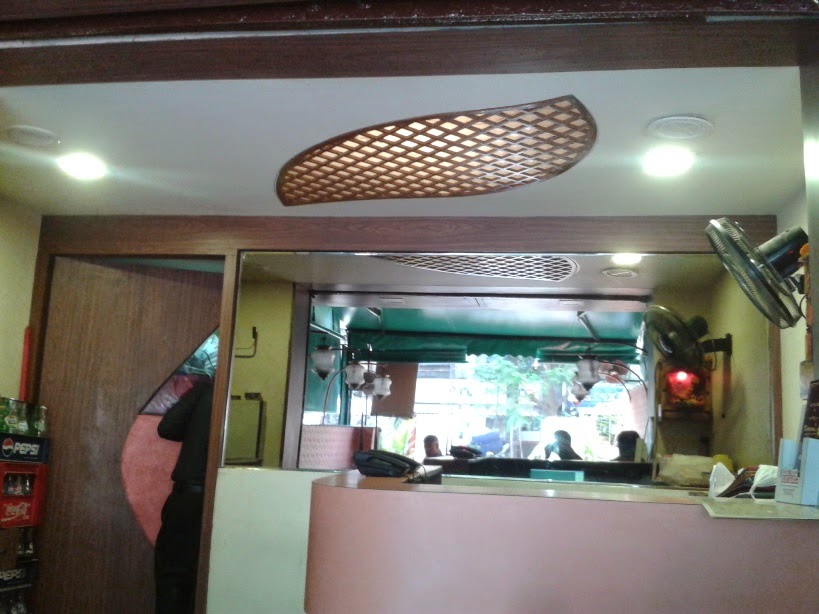 The ambiance despite the initial appearances works for me. Its tavern-dhaba like appearance seems to appeal to me. Sometimes, the best experiences are not found in a super fine dine but in a small tavern along the road. But I would like to add a caveat to those who are particular about ambiance. It is a small restaurant and will not come of as very impressive to those who are used to big restaurants. However, the food is made in a clean kitchen , doesn't have an excess of grease and tastes great.

The pricing is on par with most North Indian restaurants in Mumbai. However, it is much cheaper than luxury dining places like Zaffaran. The kebab quality is on par with those served at Zaffaran but at a cheaper cost. Good quality food at mediocre prices. Something that works well for everyone.

To conclude, I shall ask myself a question. Would I go again to Kareem's? The answer - Yep of course.

"Its time to take the ship out lads. There are places to be and restaurants to try."


-I was invited to try grub at Kareem's-

Posted by Rishabh Mittal at 2:40 am