Nina seemed to be quite adventurous. She moved around this strange town as if she knew the place. We followed her to some rather strange spots. First she led us to a place where the streams from the two gigantic waterfalls met. This place had a lot of good fish and was full of fishermen. Then she took us to a place with strange mountains which descended below the geode town. It was here where the upward cave passages existed. These mountains were like a chimney to the geode. But why did she bring us here? Suddenly there was a loud rumbling sound, the geode cavity was closing. Barnacles. 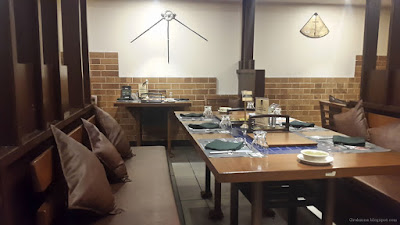 Iftar is the evening meal with which Muslims break their Ramadan fast. This meal like other festival themed meals is quite special and unique. While I am not Muslim or religious for that matter, it is certainly fun to try special meals. And where else but Barbeque nation. The place with its live grills and kebab traditions is one of the best places to serve an Iftar meal. The meal may not be identical to an Iftar experience in the Middle East but it certainly works well in India.

The ambiance is not much to talk about. It is a classical family restaurant which somewhat resembles their Marol outlet though feels a bit smaller. The furniture is very comfortable as with all BBQN outlets.

Not much different from the usual fare at BBQN, the stars were the Kebab starters and the desserts. The mains were a bit mediocre but one doesn't go for mains to BBQN. The buffet can be variable in cost depending on the day and time. On the day I went, the non vegetarian buffet cost INR 884. The spread was decent especially the desserts. 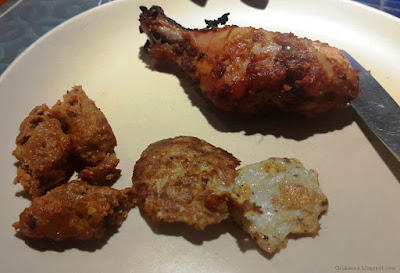 Caribbean Jerk stuffed chicken drumstick(Top) was full of flavor and the meat was cooked particularly well. It wasn't off the bone well but the meat was succulent with an explosion of flavors. While the primary flavor was of the Jerk spice mix, there was a strong Indian spice presence as well.

Fish Butter Kebab (Bottom Right) was a soft and buttery kebab that felt like a mix of egg and meat from the flavor. The flavoring here was subtle so those who prefer strong tastes could use one of the dips provided.

Mutton Khada Masala Seekh(Bottom Left) was a flavorful seekh kebab with a good aroma and many flavors. The meat was not dry suggesting hand work instead of machine work for mincing the meat. I quite enjoyed the flavor as I haven't had a decent seekh kebab in quite a while.

Captain : Nina could not possibly have known that the Geode was closing.

Engineer : Cats do have a sixth sense.

Captain : But how did she know where these passages were? 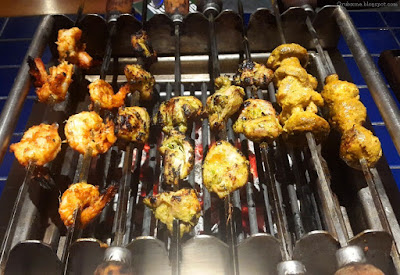 The live grill Kebabs were a mix of hits and misses. The Thai Prawn Kebab(Extreme Left) for example was juicy and full of flavors though felt a bit strange on an Iftar menu.

The Tandoori Chicken(Center) felt very much like the classical kebabs that I have had all my life. The meat was soft but one must take care to keep rotating the skewer so it doesn't overheat.

The non Iftar menu regulars were a bit insipid in experience especially the other prawn kebab(third from left). The mushroom kebabs felt ok to me but could have been better judging from my previous BBQN experiences. Cajun Potatoes was as always the best vegetarian Kebab. 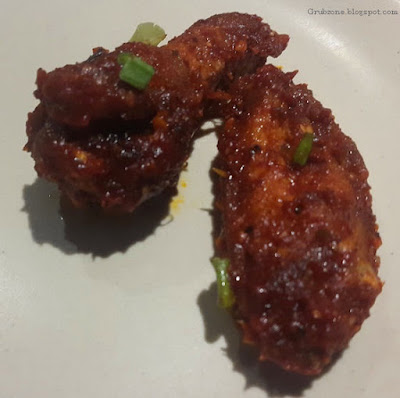 Chicken Wings was an item that wasn't intended to be a part of the Iftar meal but I was requested by the chef to try it. I do not remember experiencing it in my earlier BBQN trips so I loved sampling it. The meat was juicy and had the traditional Chicken wing flavor that I love so much. The meat was a bit lean on the bone though. More bone and less meat so perhaps that is one thing that can be looked into. 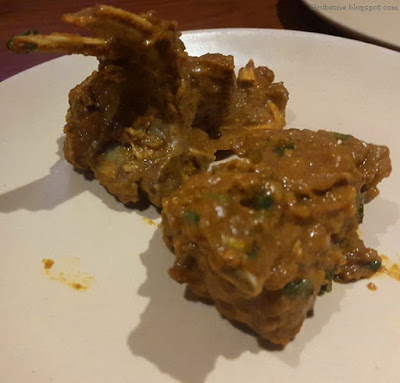 Mutton Chaap had an atypical variance here. The flavor was good but it tasted close to the Punjabi homemade mutton curry. It is not something that I expect from a Rib dish.

Captain : This passage has lights at distances to illuminate the path.

Crewmate : Seems these are as well used as the townsman claimed.

Captain : We should follow the lighted passage then, no detours unless we want to get lost.

Engineer : Your Cat didn't get that instruction. (Giggles) 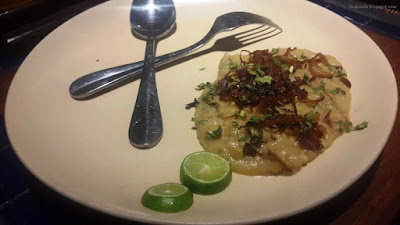 The mains were mostly a mediocre affair. I will just discuss the Haleem here since its unique to Iftaar. Haleem is a stew made of lentils and minced meat. BBQNS version was accurate in colors, paste like consistency and even its flavor was great. But there was too little meat in the stew. The stew tasted mostly like a lavish dal rather than having the minced meat expected to be in it. 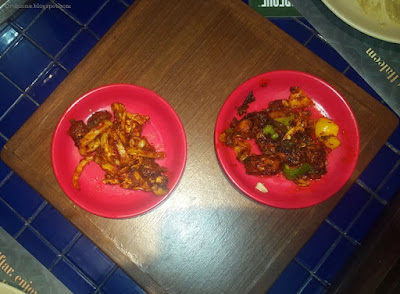 Bandra's BBQN takes pride in itself as the only BBQN with a live wok/subway like counter where patrons can design their own dishes. One can basically select the meats, greens, sauces and leave the chef to whip something out of them. I chose squid rings, lamb, onions and BBQ sauce to create a flavorful dish full of sweet and spicy flavors. I was afraid that I would mess it up but hey the chef did his magic in there.

As always BBQN has a great dessert counter. The goodies may look simple but taste amazing. 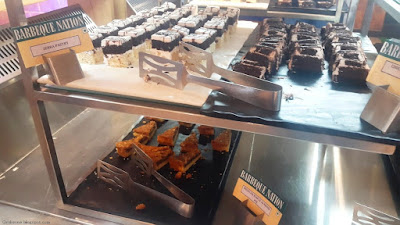 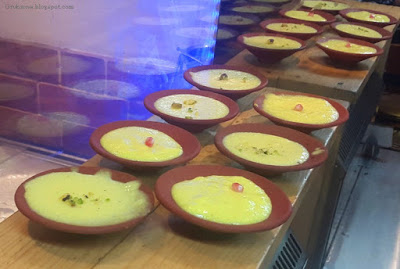 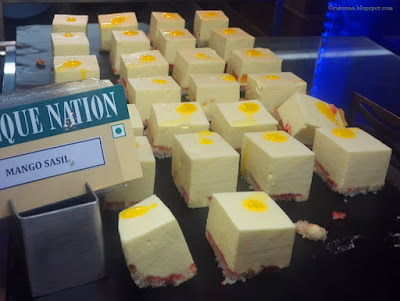 Mango Sasil was a mango mousse like dessert with a soft creamy yellow layer with a cake like layer bellow. This pastry tasted amazing. Mexican Maple almond pie was pretty amazing too. Sweet and containing almond meal - this was a simple looking dessert with crisp and fun flavor.

Captain : Nina, you will get us lost. Here kitty kitty.

Quartermaster : What choice do we have?

Engineer : Where is your spirit of adventure boys? 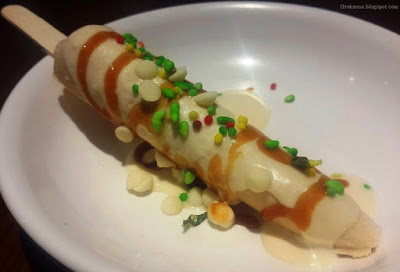 One cannot conclude a trip to BBQN without their trademark do it yourself Kulfis. The kulfi counter is usually popular, filled with people who super size their kulfis with a ton of sweet ingredients. For me it was Fig Kulfi, caramel sauce, white chocolate chips and some fennel candy to get a great picture.


The service was acceptable though could have been better. The servers weren't sure whether drinks were a part of the special menu or not and there seemed to be some confusion over what goes into what kebabs. The chef had to assist us with that.

The pricing is fine as far as an unlimited buffet goes which includes unlimited desserts and kulfis ha. Some of the Kebabs are only unique to the Iftar menu and one can enjoy these till the 6th of July, 2016.

I have been to three different BBQN outlets so far and as always their best part is always the meal experience. The buffet always feels well worth the moolah spent. So if you want to sample some Iftaar delicacies, head straight to Barbeque Nation. Do hurry as the experience won't be back for another year post 6th of July.

"
Captain : Good thing I carried a flashlight. These side passages are dark.

Engineer : Hope we are not gonna run into trouble.

Quartermaster : Oye, seems like a dead end ahead. We can turn back then.

Captain : Why is Nina clawing on the wall? Is something there?

Quartermaster(Sighs) : I guess we are about to find out.

Captain : Hey there seems to be something on the wall. A Button? (pushes)

Engineer : A secret passage within a passage?
"


-I was invited to sample the Iftar menu by the Restaurant's PR. My review however remains objective.-

Posted by Rishabh Mittal at 8:34 pm