That could have been ours I thought as I looked at a wrecked ship that had mysteriously landed in the middle of the street. It was literally thrown by the ocean on to the island or so it seemed. As the local people crowded the structure, we decided to explore the ship. The ship seemed to have been abandoned ages ago. Ship wrecks often give us vital information like the one that gave us the map for the compass ha.

Cafe Cubano is a rather puzzling name as it serves neither Cubanos nor the famous Cuban coffee. The place was on my radar for a while as I had seen a lot of positive reviews by other writers. When the resident PR contacted me, I gladly accepted the invitation to give the place a shot. 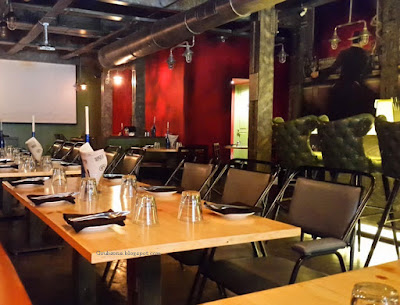 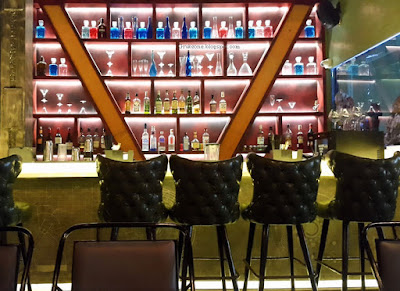 The place looks less like a restaurant/Cafe and more like a pub with its dark appearance and industrial ceiling. The ambiance isn't much to talk about though it did feel comforting in the hot afternoon. The choice of furniture seemed a bit odd as it did not match the decor. There were too many different themes talking without any connection with one another.

The bar looked good but it was marred by the presence of the fish tank. This fish tank felt out of place unless one used a lot more of the aquarium tank and made the whole wall aquatic themed. Something like in Singapore's Sentosa. The bar chairs were comfy but one can't help note that they look plain weird, bar stools would have looked more appropriate. 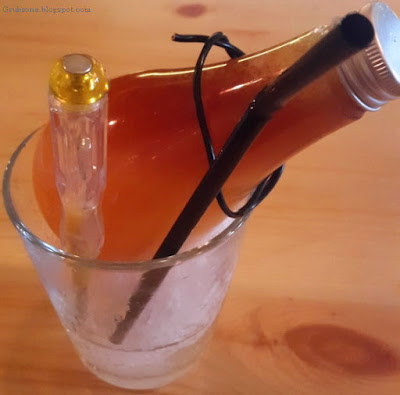 Fix the Bulb. How many Food writers does it take to change a light bulb? One in this case as I fixed the bulb by emptying its contents in me mouth. The flavor was dominated by fruit juice, notably orange. It used Dark Rum and a bit of a flavoring from Elderflowers. The kick was mild and the drink seemed to be more on the fruity sweet side but it provided ample relief to my parched throat.

P.S : One does not need a screwdriver to change a light bulb. These screwdrivers are a turn off and need to go. 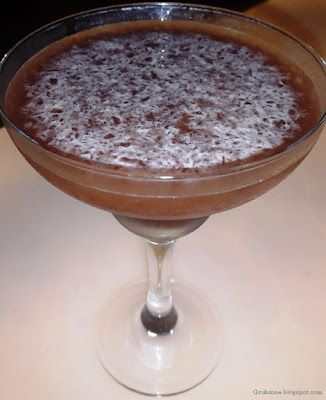 Chocolate Margarita was disappointing. It almost had no kick and Hershey's Chocolate sauce doesn't always make the best Chocolate drink. There was far too much powdery ice in it making the drink watery by the time I reached the half mark. The glass should also have been rimmed with chocolate granules, a traditional part of chocolate margaritas. The only appreciable part of the drink was that it was slightly pepperminty which made it a good cooler after spicy grub. 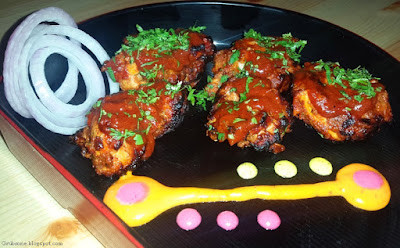 Peri Peri Chicken was very very good in flavor. The superficial plating with the sauce art however was unneeded and I felt that this dish would have looked better without the saucework. The chicken morsels were juicy, savory and spicy. Each bite had a Tandoori flavor with an African twist. Makes a great appetizer or a bar nibble, you choose.

Captain : This ship looks like she hasn't sailed for decades.

First mate : Ain't that obvious? This vessel is using a design from the previous century. 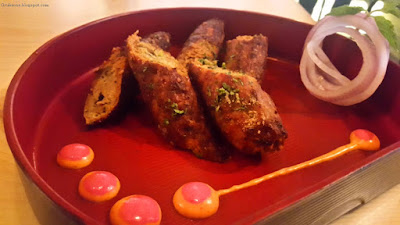 Khairul Shaikh Ke Kebab was made of minced Lamb meat inside chicken meat on a skewer. The meats were well done, apparently both cooked at the lamb's temperature. However, the two meats were indistinguishable in flavor which was a letdown. The Kebabs were spicy and this seemingly paired well with "Fix the Bulb" since it fixed both the dryness and the heat. I should actually call that drink Bulb the fixer.

P.S Get rid of that sauce work, really. 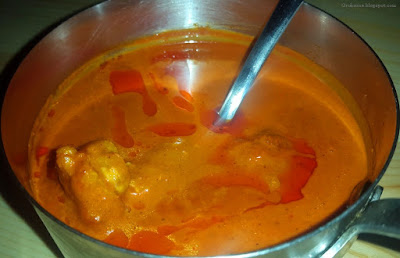 Malbari Curry tastes and looks like Malabari curry. Not sure if there is some reference behind the misspelled name. This dish doesn't look aesthetically pleasing but it turned out to be the underdog champion of the day. The curry had a lovely aroma, enough to knock off the drinks from my bloodstream and open my eyes wide. I eagerly put in a spoon and ate my first bite.

Moments later, I was scrapping the last drop of curry from the bowl. The pleasant mixture of coconut, tamarind and possibly jaggery felt like the ultimate homemade dish. It was a mix of salty, savory and the  pungent. I did not enjoy the chicken pieces in it as much as I enjoyed the liquid curry.

Captain : No treasure, No chart and no clue.

Navigator : There are burn marks all over the top deck.

Captain : There was a fire here?

Navigator : Nay, more like someone burnt something intentionally on the deck. 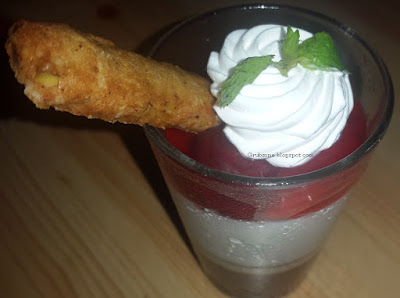 Cutting Chai Panna cotta with a Indian shortbread biscuit(Naankhatai) was a poor execution of a layered dessert. Firstly, Panna Cotta is best served on a plate. This serves both aesthetic and gustatory purposes. Second, if one must add whip cream and compote on top of a thin layer of panna cotta, why even call it a panna cotta?

After an annoying fight with the top layers, I managed to dip in my spoon into the panna cotta and it turned out to be a bitter version of condensed tea. It seemed to lack the consistency of a true panna cotta feeling more like a thick granulated paste instead. 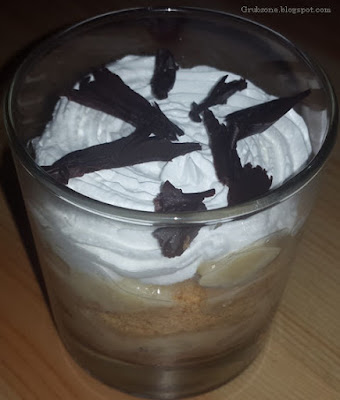 Banoffee Pie Pudding. I am quite supportive of fusion food or new methods of cooking food but I actually had to stare at this for a while. What exactly was this? It was a loose mixture of buttered graham cracker crumbs, regular bananas, some whip cream and chocolate flakes. A heap of lackluster ingredients tossed into a glass. The bananas were not even caramelized. I could not finish it because it tasted horrible and I rarely leave a dessert midway. I feel that this one has to be either reworked completely or be taken off the menu.

My first choice of dessert - Chocolate Mousse was not available that day.

The service was decent as my server knew his stuff (Save the desserts part) and accommodated my trips with food near the window for better pictures.

The pricing seems to be acceptable for food but as far as drinks and desserts go, one needs to punch in some quality to make it worth the buck.

Cafe Cubano needs to fix its house. Other than the Peri Peri Chicken and Malbari curry, everything else was dismal. They need a dedicated dessert chef to redo the sweet stuff.

"Our experience felt unsatisfying and we decided to explore a different part of this ship. There must surely be some good somewhere."

-I was invited to sample the grub by the Restaurant's PR. My review however is objective.-

Posted by Rishabh Mittal at 1:38 am