China Bistro is part of a chain of Pan Asian themed restaurants located across Mumbai. There are actually two of these restaurants which are quite close to where I presently stay. I chose the one near the iconic Shivaji Park area as I have passed it many times but never quite visited it. And it does look pretty from outside. 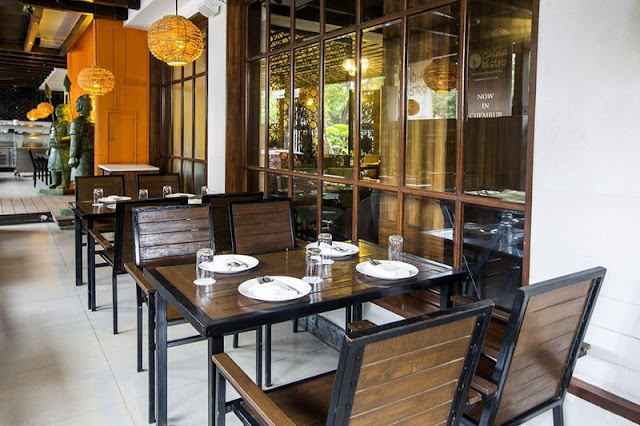 (Picture for this shot by Zomato)

The place has a wonderful ambiance with a simple but classy dine-in and an Asian themed Al Fresco. There are even terracotta army replicas welcoming you to the great gates of China bistro. The place really shines during night time but I usually pick day times to get a better picture of the grub. However if you truly desire to cherish your experience at this outlet, I suggest that you get a 8 PM reservation. Do note that its location in a popular populated area makes it quite crowded at meal hours. 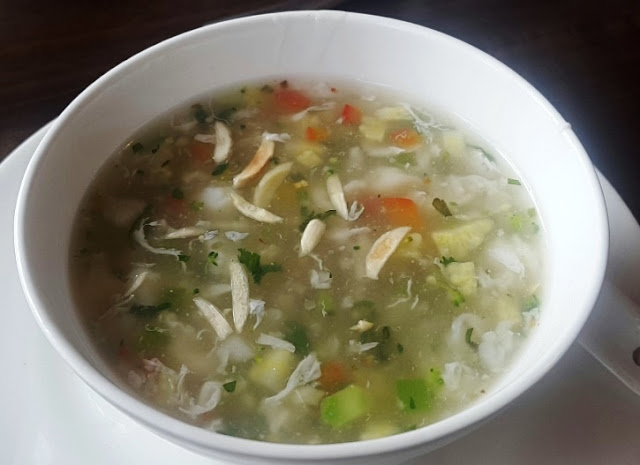 The Eight treasure soup - Legend has it that in the ancient Chinese court, the Chinese Emperor alone had the right to have this soup. It was made using the rarest eight ingredients which were difficult to source in those times. Jump to modern era, we are all Emperors on the dining table.

Different restaurants tend to use a different mix of eight. I'd say China Bistro's variant was a subtle tasting soup with a very clean feel to it. The salt was low and I was quite pleased with this part. I am tired of many Indian restaurants ruining everything by putting in a boatload of salt. 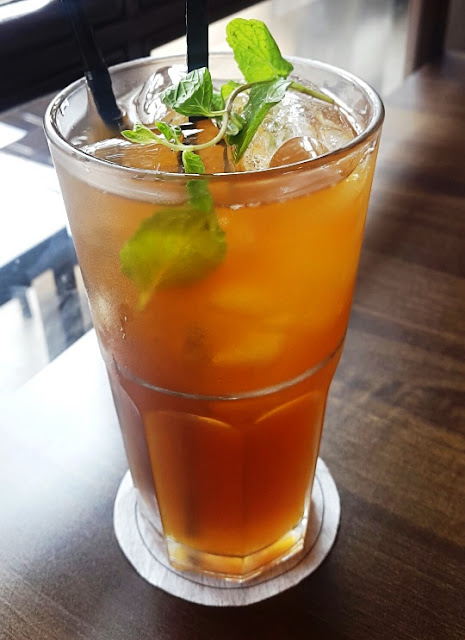 I actually had two beverages - One was this scintillating Peach Ice Tea and the other was a more humble Jasmine tea which I had post meal. 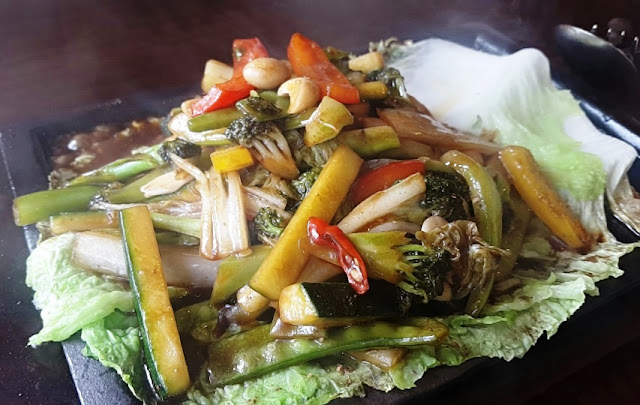 Buddha Almond sizzler was a classical sizzler with the sizzle filling up the room but thankfully gone are the days when restaurants put enough fuel in the grub to smoke up the whole restaurant. This platter felt clean and green. The name Buddha's sizzler felt apt as the feeling after eating this one was that of peace. 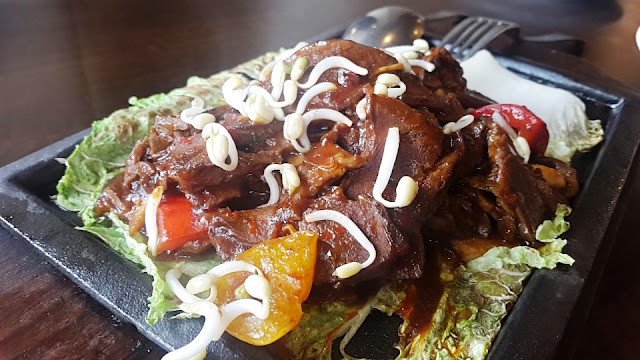 Lamb Teppanyaki. This dish pays homage to the real origin of sizzlers. Sizzlers were derived from the American-Japanese Teppanyaki in the late 50s. The meat here had mild flavors with a sweetish tinge. There was also an undertone of tomato in it. Being a carnivore, I positively enjoyed this one more. The meat was well prepared, the right rare and very satiating. 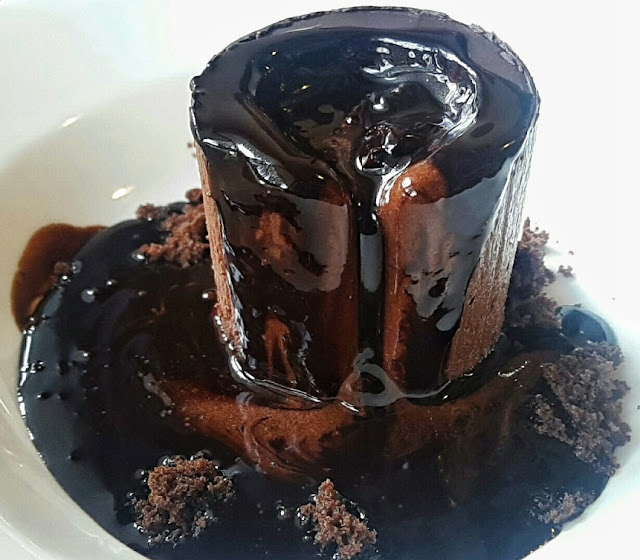 Chocolate Tsunami was both a visual treat and a delight for the tongue. It was a simple construction of hot chocolate syrup poured over a Chocolate Mousse. There were a few cake crumbs thrown in for good measure too. One would think that two main dishes would have filled one up quite nicely, but this dessert completely changes that. What the eye sees, the mouth craves and immediately the stomach had some space. This was sweet, rich and I would definitely recommend it.

The service was decent for most part but it needs to be mentioned that I went in late afternoon and I was invited to sample the grub.

The pricing was typical of that expected from a quality casual dine. Slightly lesser than fine dines and higher than median quality Asian restaurants.

China Bistro is the "easy to go to" neighborhood Asian restaurant. The ambiance is a plus and the pan Asian diversity always keeps you in the hunt for new things. Being close to my residence, its also likely that I will go again anonymously. There are obviously things that can be improved but for now I have no major complaints.

Posted by Rishabh Mittal at 5:32 am