Anyone who has been to an actual Irish pub in Ireland can tell you that The Irish House is a good emulation of the real thing. The dim lit ambiance, the wood and brick themes, wooden bar in the middle, wooden furniture, the posters and plaques all make the ambiance very typical of a Western Irish Pub. The place makes a good watering hole whenever one feels like taking a few pegs down. So I was at The Irish House for lunch. Lunch? Yes you read that right. 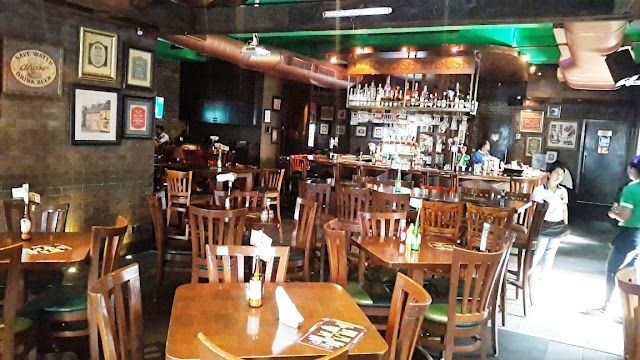 The Irish House, Lower Parel is a neat Irish Pub. It emulates the real thing in every way imaginable, even has the famous smoking ban that hit Irish pubs in Ireland a decade ago. The place can get quite crowded at dinner times. The dim lit ambiance is the perfect place to be part of the crowd yet be seen by no one. In the afternoon however, it feels like a dusty western Tavern but that also is a fun feel in its own way. 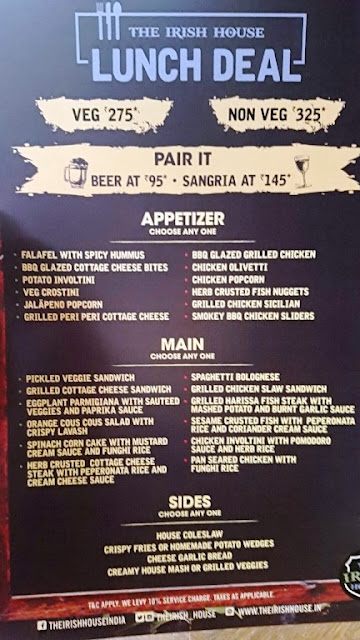 For INR 325+Taxes, a three course meal is quite a good offer. This makes the food cheaper than fast food chains. The quality also being far more superior than fast food places. Though, I was peeved with the lack of a dessert option and very limited drinking options. Being The Irish House, I was sure they could have designed in a larger choice for drinks. 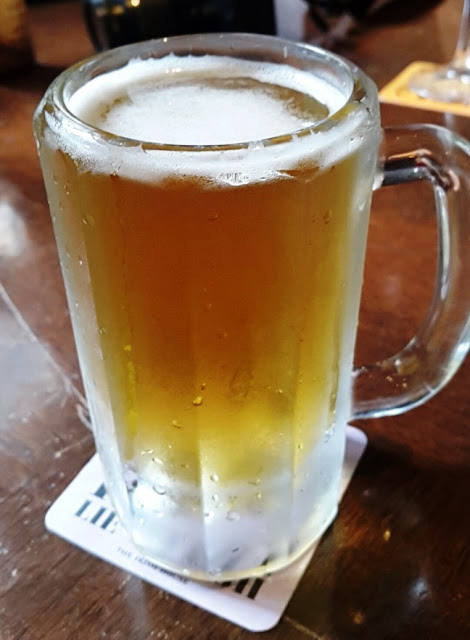 I tried the Beer add on option. I am not really a beer guy (Don't hurt me Beer lovers pweese) but a light beverage does feel refreshing in the noon. I would have definitely preferred a Mojito or something virgin over this. 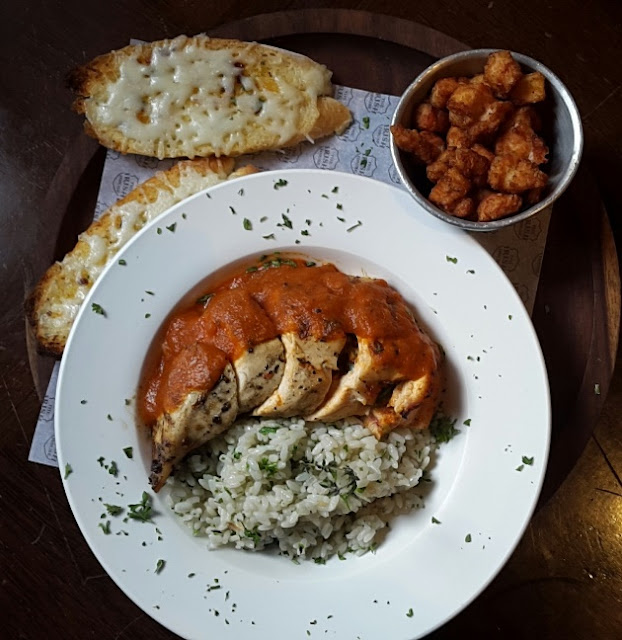 Chicken Involtini can best be explained as the Italian version of the French Roulade or vice versa. Thin slices of meat were wrapped around a vegetable stuffing. This was struck with the same problem as most Roulades in Mumbai. The meat was slightly overdone and a bit chewy. This main was drizzled with flavorful Pomodoro sauce and served with some herbed rice.

I also chose Garlic bread as my side and Chicken Popcorn as my appetizer. Strangely, all three were served together. It is understandable as they want the lunch done quickly but still I am not fond of eating two courses together. The main and the side together were normal but the appetizer should have been served earlier. This bit needs to be worked out. The chicken popcorn or softcore chicken nuggets were delicious. The Garlic bread tasted as it does anywhere else. 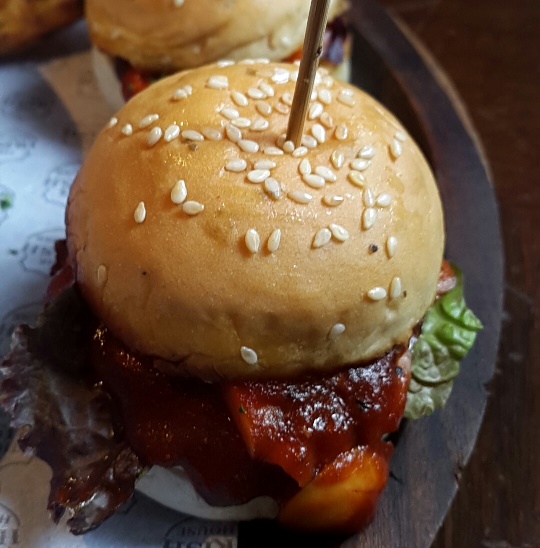 These messy Smokey BBQ chicken sliders were included amongst the appetizers but they seemed to me as the best item on the lunch menu. The Irish House is well known for its Burgers and these little burgers were as messy as big whoppers, delicious and had juicy patties.

Since I dropped by at late afternoon on a weekday, the restaurant was almost empty and I had the entire service to myself. So it would be difficult for me to comment on the service. As far as their serving etiquette goes, I do think they were professional.

The pricing seems all right to me. Though autograt could be avoided. Seems like a good option for a quick lunch with good quality food.

To wrap this up, a lunch option by a pub seems like a move to diversify and target non popular time zones as most pubs are empty during daytime. The limited options may feel troublesome but they ensure effective logistics and quick meals especially when lunch time is limited on an office day.

The execution could have been slightly better but overall it is a better choice and money well spent. The food is far better as opposed to eating a McD or a burger King meal.