It was quite dark...until the wind blew away the cloth covering me face. I was feeling lazy as the ship moved slowly under the sun. The radio officer came to me and reported that he has found a nice cafe that can send grub right to me ship. Upon knowing that this place was not that far from our current position, I decided to be a little adventurous and go this place myself. I got up from me relaxing chair and as I raised my hand to signal the lads to change directions, it became dark again. The wind blew back that darn cloth on me face again. 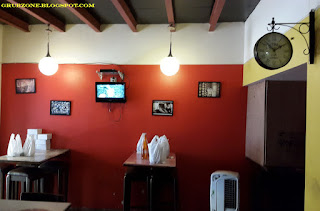 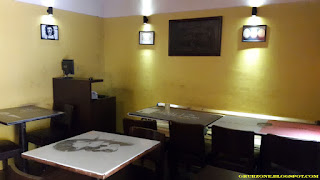 Meal Box Cafe is a tiny installation located in a nondescript locality opposite the mammoth Peninsula park. However, this stems from the fact that they specialize in home delivered food and not in-house dining. I still chose to drop in since its quite close to my home. They serve European and Asian from which I chose the former. And I was extremely pleased with what this small cafe served me. The place had some of the best continental food I have ever had. 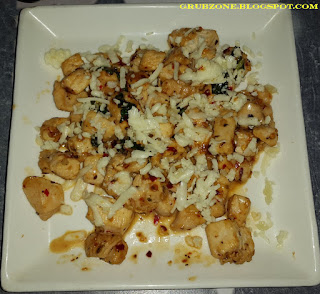 Chicken Paprika with Cheese bears no similarity to its Hungarian namesake and is much of a snacky house invention. For 180 INR this was a very satisfying starter with loads of chicken cubes, cheese and just the right amount of paprika. The item was mostly salty owing to the natural saltiness of table cheese and added salt. The paprika added some savory spiciness to it. The chicken was well cooked with flavor oozing out of ever cube chewed. This has to be one of the best appetizers I have had. I was quite surprised since I did not expect it to be this good. This was high quality grub.

Captain : I should have come alone.

Crewmate : Ha, so you could eat all this by yerself.

Captain : Hey! Hands off the grub. Captain goes in first. 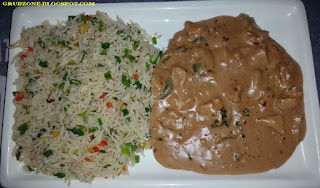 Chicken Stroganoff is a dish that has always intrigued me. This was my second run with this dish and definitely my best run so far. My first time left me a tad bit disappointed and that was in a five star hotel. The creamy sauce made of smetana(Central/East European version of sour cream) was quite addicting. The flavor was salty, creamy and savory. The tender chicken pieces had completely been soaked with flavor and were one with the gravy.

The rice itself tasted great but mixing it with the stroganoff stew was even better. At INR 250, this was a well worth the buck experience. And I am quite hooked to the taste. I am now as fascinated with stroganoff as I was with Butter Chicken once.

Captain : Well lad, you are what you eat. 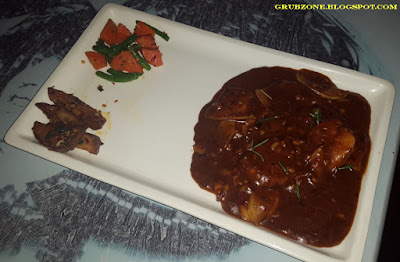 Cranberry Apple Chicken was a name that mystified me. I have never had cranberry with food before. So naturally, I was curious about this. Added to the mystery was the fact that Google threw up a completely different picture from the version here. This dish was made of thick grilled chicken breast slices in an apple and cranberry sauce reduction with brown jus(Which i suspect was chicken stock). There also seemed to be a hint of Balsamic vinegar in it.

While the gravy itself was a mix of sweet, salty and tangy flavors, the chicken tasted a bit insipid and leathery. It had not blended well with the stew. The gravy was quite amazing though and I was sad that the taste did not capture the Chicken's core but it still was an enjoyable dish. I do suppose that leaner and more slices of chicken would fare better than the thick and few. 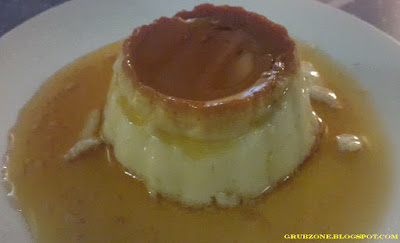 Caramel Pudding was one of the two desserts offered by Cafe Meal Box. It was dense and tasted perfect. The sweetness was appropriate and the dessert was juicy with caramelized liquid oozing out. This was far superior than most variants I have had elsewhere.

Since its more of a Quick serving restaurant which specializes in home deliveries and take-out, there isn't much to write about service.

The pricing seems very decent for the premium grub. Its surprising how a small cafe can produce continental meals that easily beat many casual and fine dines in quality.

While this particular event was on the house, I see no reason to not have this place on my fast dial. A stroganoff or a Roulade is sure to lift me spirits in dark times. Meal Box Cafe is definitely a gem in the ever growing vibrant Mumbai food stream. However, a small suggestion to the management would be to increase the dessert menu from two to at least five.

"Eh mateys, we should sail near these coasts more often. This grub was among the finest that we have ever had. Mark this place on our map of favorite taverns so that we may be here again someday."


-I was invited by Chrome Communications on behalf of the restaurant to sample the grub. The meal was on the house.-

Posted by Rishabh Mittal at 9:48 pm