It was an uneventful day with just plain old sea all around us. I sat on the helm with a fishing rod in my hand. I was unlikely to catch any fish but little Nina still cheered me on with her anticipating eyes. The lookout yelled that he saw spotted a skiff tailing our ship. There was a single lad with a smoking carton on that boat. Alarmed that the carton could contain explosives, me gunner took aim at the lad. But the bloke announced that it was just ice cream with dry ice to keep it cold. Ice Cream for me? But by whom? More importantly, there were cups, sandwiches but where's my cone?

Being a slightly above average epicure can be fun sometimes. One gets to see interesting things in their mailbox. So when a good lad called Sharan Goyal of Serendipity foods contacted me about sampling his Ice Cream brand called "Where's my cone?", who was I to say no? What serendipity eh? That came out of the blue. (Ha Sea joke)

I was sent a carton full of dry ice, ice cream cups and sandwiches. Eager to sample the sweet delight, I opened up the carton with all my might. 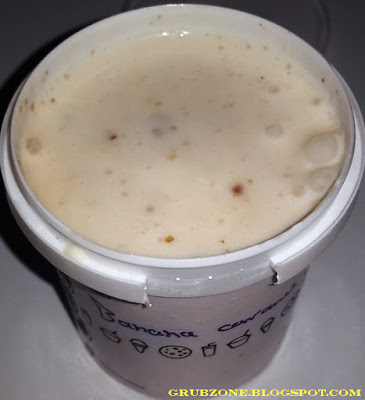 Banana Caramel walnut swirl - Loved the saccharine tang of the banana. The Caramel infusion gave it a toffee like twist. The walnuts were a treat for those in love with the dry fruit. The Ice cream was hand churned so it was extra creamy as well. The flavor felt very natural as opposed to syrupy banana ice creams by certain other brands. 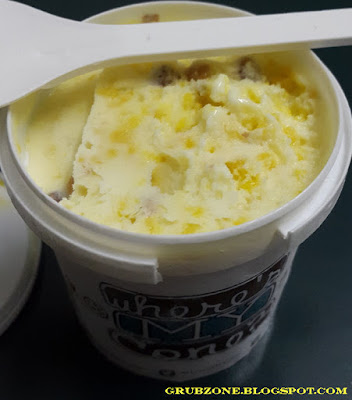 Boondi Ladoo Ice Cream was a slight let down as there were far too many Boondi pieces in it. The flavor was tasteful but the ice cream could have well done without the excess of the famed Indian sweet. The boondi pieces made the ice cream feel rough instead of the smooth hand churned delight it was intended to be. 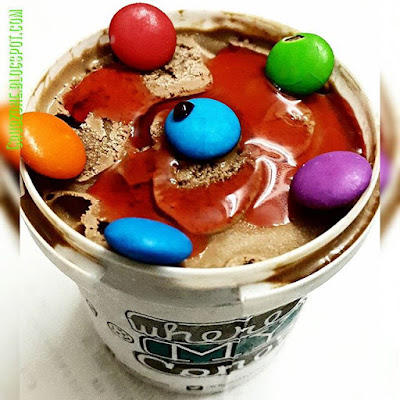 Chocolate Ice Cream - Was a dark Belgian like chocolate ice cream. It had a rich flavor and felt like a premium dessert. I was feeling a bit creative so I topped it with a bit of marbles and strawberry syrup. The additions seemed to work well with the flavor.

Captain : I was feeling creative lads.

Crewmates : So you will let us have it then?

Captain : Whaaaat? Why would I do that?

Engineer : You know what they say. Can't have your own ice cream and eat it too. 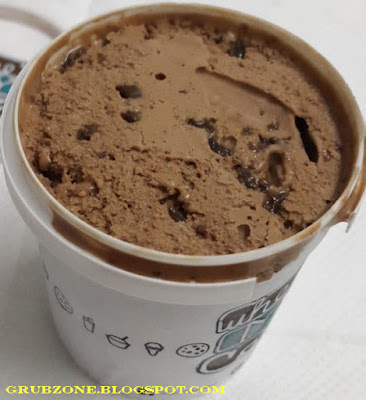 Malted Chocolate Brownie was an improved version of the above. Enjoyed this one too though I felt that it could have used a little more of malt and fudgy brownie bits. 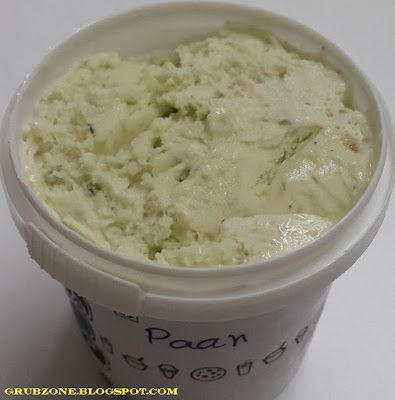 Paan Ice Cream was a very potent Ice Cream in terms of the cooling factor. The Paan infusion was very powerful and I could feel the cold winter in my head with the first bite. I adored this flavor very much and this was far better than the Paan variants elsewhere. This ice cream was topped with some betelnut leaf bits. 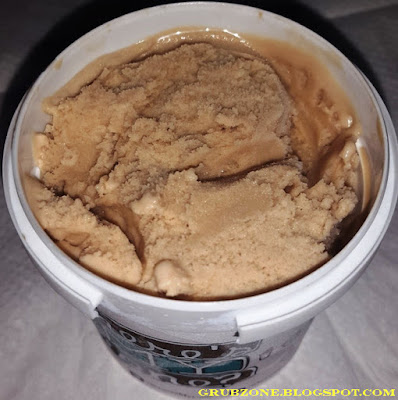 Filter Coffee was a near perfect rendition of the fabled Indian filter Coffee. The bitter sweet flavor felt like a cuppa coffee royale. This also seemed to pair well with strawberry syrup. I do love myself a cold strawberry infused coffee after all. 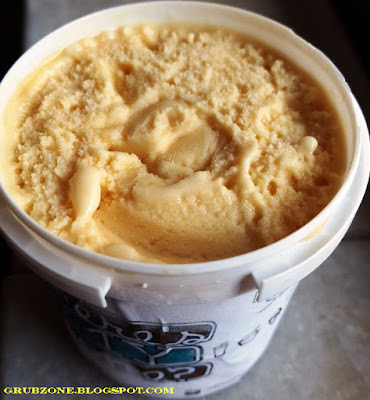 Great things were expected of the Salted Caramel which is one of my favorite three ice cream flavors. This flavor however felt a little "quiet" as compared to the Caramel variants I have had elsewhere. This was surprising since I enjoyed the same flavor in the snicker doodle sandwich. 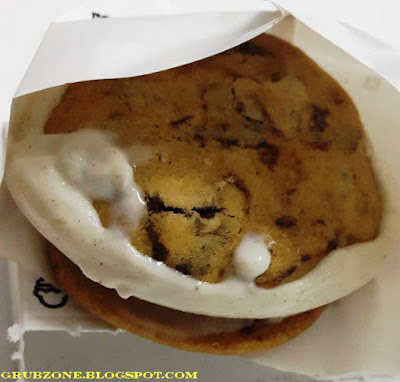 The best goods in the goodie box were definitely the three Ice Cream cookie sandwiches. These are the things that get people hooked to sweet stuff.

The Chocolate Chip and Vanilla was very good as a complete package. The rich cookie dominated the flavor. It was almost a cookie flavored ice cream rather than vanilla. 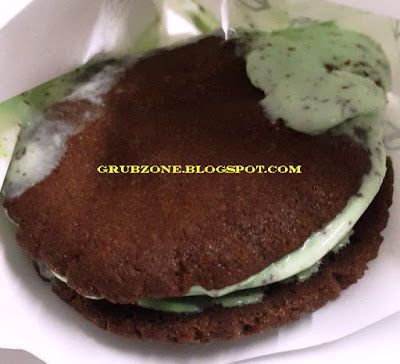 Double Chocolate and Mint Sandwich was the flavor of the pack. The MVP, The man of the match and the player of the tournament. Two rich chocolate cookies which almost felt like slabs of chocolates had a generous amount of green peppermint ice cream wedged between them. I was completely smitten by this cookie sized dessert. Each bite was a full of delight.

Captain : Where did you come from, you sneaky fur ball? 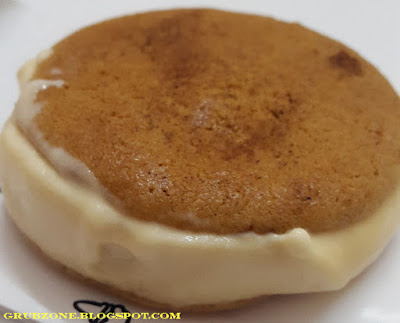 Snicker Doddle and salted Caramel sandwich - Made with premium snicker doodle cookies and a dense filling of salted caramel ice cream, this was easily one of the better things in the box. The cookie and caramel blended together perfectly and produced an excellent composite flavor. Another delight to look forward to. Each bite had the ice cream oozing out of the cookie edges. It was a mess one would love to see. The Salted Caramel strangely felt much better over here as opposed to the cup variant.

Captain : I love me some Sea Salted Caramel.

Quartermaster : I challenge you for the possession of these delights Cappy.

Captain : All right. How do we settle this ya big brute?

The pricing at "Where's my cone?" seems appropriate. The cups feel cheap while the sandwiches are a little more expensive. But I am willing to spend INR 107 for a double chocolate mint sandwich any day.

The desserts were quite good. The quality easily left behind the likes of Baskin Robbins or Gelato. And it seemed worthy of the money spent. The brand is still a fledgling but I expect it to grow and have many outlets all over the city in the future. I sure could use one outlet near my home, ha.

"A box of Ice cream a day keeps me crew happy the sailor way."


-This experience was based off a sampler carton sent to my home.-

Posted by Rishabh Mittal at 2:41 am