It was a lazy afternoon and me ship was passing a familiar coast. I had explored most places on this side of the sea so a new place always called itself out. A small shack near the sands caught me eye and I decided to explore it. The boys docked near a cliff as a small landing party left for the land. 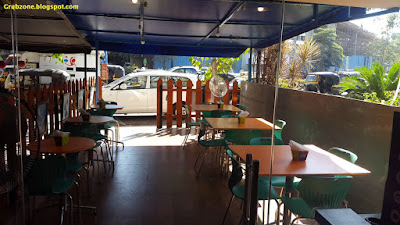 IndiKitchen is a portmanteau of Indian Kitchen as opposed to Independent Kitchen which came to my head first. Blame me for being an Indie game developer(in the past) and attaching the notion of that phrase with "independent". This place is a minimal eatery with an unique theme. 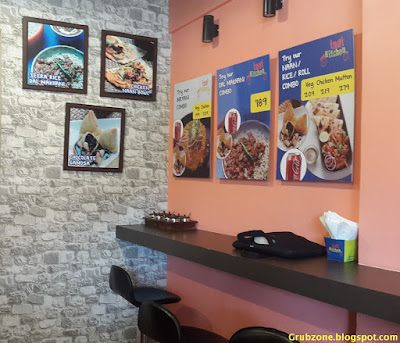 As with all Quick serving Restaurants, Indi (Not Indiana Jones) had a small interior dining area. Most of the dining area is outside the bistroesque restaurant.

The place introduces the Subway or the "Wok it yourself" concept to Indian food. One can pick their greens, sauces, proteins and breads from a set of choices and see the chef make their masterpiece in front of them. As with all places with this concept, there is a possibility of the eager eater messing up their meal with bad choices. However, Aalok Shah (of Famished Food AP private Ltd) who happens to be one of Indi's four founding partners says that the chef will immediately flag bad choices and strongly suggest the user to avoid unpalatable choices. 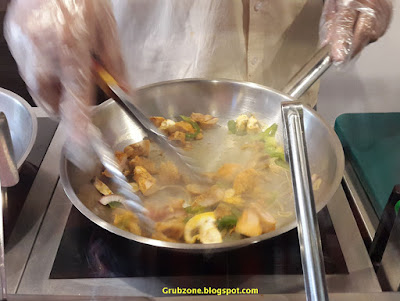 Whip, wham, sizzle, fry and I see my Chicken Tikka(plus a bit of Bhuna gravy by the chef's suggestion) with Roomali Roti get made in front of me. This allowed me to see what goes into me grub. This is an interesting exercise for those who wish to see how Chicken Tikka is made. 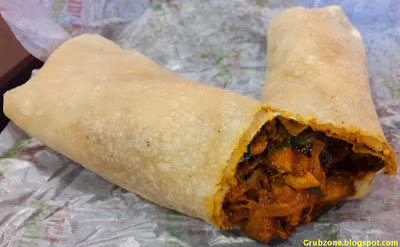 Chicken Tikka - I did not expect it to be served as a wrap but that actually saved me the trouble of getting my hands messy. The Chicken was really good and the quality mimicked the grub found in North Indian fine dines. The only glitch here was that the wrap felt a bit rough for fresh roomali roti. However the meat inside mostly overwhelmed this error. For INR 160, this mostly felt like a good deal. Though the lamb variant is priced much higher at INR 220. 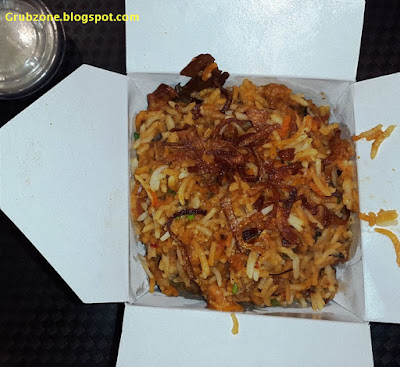 Chicken Biryani was the better of the two dishes that I ate. It was one of the finest Biryani preparations that I have ever had. Smooth aromatic rice with succulent pieces of well cooked chicken. Topped with fried onions, greens and the best spices - This item exceeded my expectations. Indi makes a good stop for a Biryani fanatic. The portion size was quite generous at INR 149.

Captain : A wok Box with Biryani. Now I have seen everything.

Crewmate : Don't you mean eaten everything?

Captain : No one can eat everything. Its like counting all the stars in the galaxy.

Crewmate : So have you seen all the stars in the sky then? 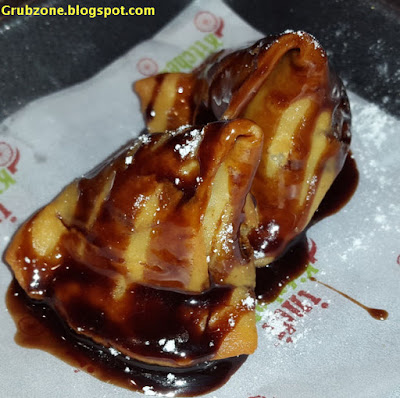 Chocolate Samosa was the lone dessert on the menu. It was intriguing since Chocolate Samosas sound a bit, different. But if one can plug chocolate into bagels, doughnuts and croissants - then samosas should not be a big problem, yes? Well the answer is a mixed one. As a dessert, this fusion works. There however is the issue of salty samosa wrappers and unneeded saltiness to the whole thing. For INR 49, this item is worth the novelty.

IndiKitchen seems to be built on a self service model. Though, I was served my items by a server.

The pricing is quite low at the moment. For the food they serve, I'd say its one hell of a good deal. Like all good things, its likely that the prices may go up in the future so it seems logical to hog as much grub as possible ha.

IndiKitchen seems well suited for fellas in the Lokhandwala area. Its quite close to the Infinity mall in Andheri. These folks also deliver to the nearby neighborhoods and the bulk of their business comes from that apparently.

-I was invited by the Restaurant's PR to sample the grub. However, my review is neutral and free of any biases.-

Posted by Rishabh Mittal at 1:53 am