I was bored while messing around on my day on the land. I decided to sneak into an event where a master chef was giving a live demonstration. However me cover was blown away when I was welcomed by people in the event. "What was so sneaky about that anymore?" I grumbled. I quietly sat down as the chef put together a fine dessert.

IIHM(International Institute of Hotel management) has officially launched the second International young chef Olympiad. This contest will see sixty seven of the best student chefs from sixty seven different countries cook it off against each other. And may the tastiest grub maker win. Think of this as a master chef contest but less smoke and mirrors and more cooking.

There is a prize of ten grand waiting for the winner and probably an aromatic future ahead. Great chefs will be born in this contest and us folks in India get to see it happen. The contest will run between Jan 26 to Feb 2. And it will come to my city Mumbai on the 29th. 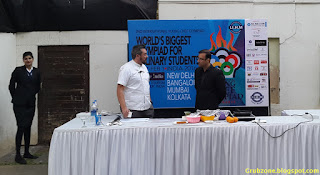 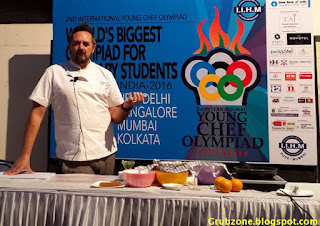 To celebrate this event, IIHM decided to host a small master class with renowned dessert chef Shaun Kenworthy who has been cooking for more than three decades. Chef Shaun also happens to be the chief mentor of IIHM and its likely that one shall see his protege compete in this contest too. The master showed me a culinary miracle on this windy evening under tree shades. Lets say that it was a taste of things to come.

Whipping up an "Indian Trifle", Chef Shaun ditched the traditional custard and used Mishti Doi as the base ingredient for this unique Trifle. Indeed, he completely transformed a very British delight into a very Indian one. 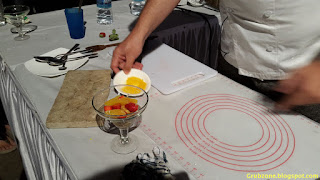 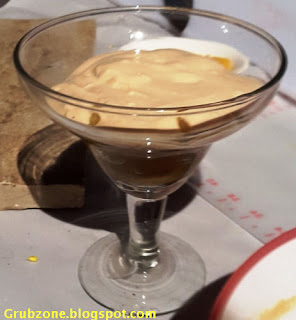 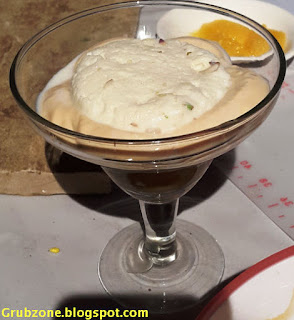 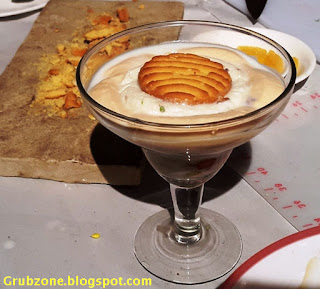 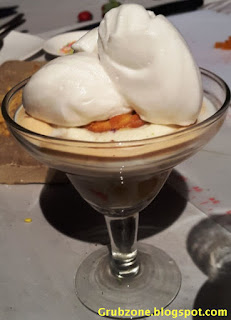 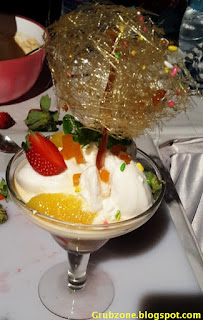 See the pictures from top to bottom for the evolution of this dish as it happened. What was magical about this experience was that Chef Shaun used common ingredients. Nothing fancy at all. One need not go to the gourmet mart or a fancy deli to get exotic ingredients. One can buy these from the local grocers and fruit shops.

Even the caramel string ball was made from common sugar right in front of me. Shaun made it look so easy. I know that I cannot replicate that shining caramel structure. Using common over the counter ingredients to make a colorful fine dine masterpiece, that is something only a master can do. And he did it in just twenty minutes. 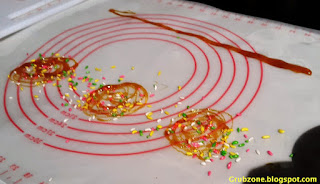 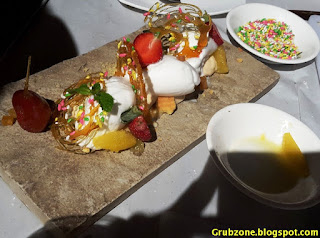 And if that wasn't enough, he simultaneously made this one on the side. That is some sweetly colorful multi tasking. One can say that Chef Shaun's students are in good hands with him as their master. Now I look forward to the IIHM Olympiad that comes to Mumbai on the 29th. I would obviously cheer for my country's team but may the best cook win.

The Mumbai leg of the Young Chef Olympiad will take place in between 9:30 am to 2 PM at
MCA recreation centre,
Bandra Kurla Complex
Mumbai.
on the 29th of January, 2016.


"A Cooking contest eh. Great place to recruit a cook for me ship."
Posted by Rishabh Mittal at 12:27 am