"The roaring winds filled up me ears as I studied a new map. Legend has it that the mysterious blue compass will always point to the best dishes in the world. This compass was largely believed to be an old sailor's tale, until today. A sunken ship dating back several centuries suddenly resurfaced in front of us. While exploring this wreck, we discovered many ancient maps.

Among them was a map, which had a route to...the blue Compass. The map however was incomplete and merely pointed us to a place which will provide us with next clue to this legend. We docked our ship in the port of a large island. A beautiful tavern stood at the place marked on this map. The next clue to the Blue compass was hidden somewhere inside. " I have passed the Daily bar on several occasions oft wondering what exists behind its perimeter walls. Well, I finally got an opportunity to go behind those mysterious walls. This tavern has a small indoor area and equal sized al-fresco area. As I am not a fan of humidity, pollution and sounds of the busy road - I chose to go inside.

The ambiance feels classy despite the monochromatic themes. The drapes on the ceiling altered the light coming down creating zones of low and high luminosity. The effect of the variable light and the B&W themes created an atmosphere which was both comfortable and strangely mesmerizing.

I was greeted by the Assistant Manager Rohit Hegde. I requested him to suggest me a good course for the evening. And a good course he did suggest. 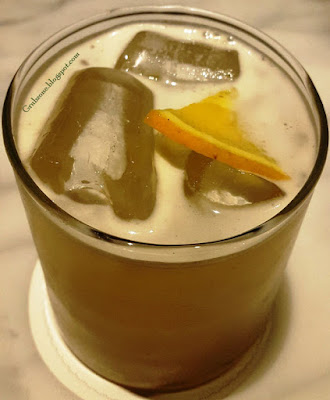 The Gypsy queen was an elusive beauty that played with my tongue, mind and senses. This whiskey based cocktail mixed with clove and cinnamon was infused with smoke from burning apple wood. The result was a cocktail with strange sensations. I could smell the apple wood with every sip that I took. The clove and cinnamon added a cooling high to the whiskey. The Whiskeys kick, the coolants and the apple smoke created a medley of emotions within me. The Captain recommends this grog. This Gypsy Queen made a Tipsy King out of me.

Smoked Barbecue Chicken Filo was an absolute delight. These slow roasted Chicken pastries with BBQ spices and sauce were a sweet juicy affair. The thin filo pastries provided an excellent crunch without becoming an impediment to the chicken experience. These were incredibly light as well. I gobbled up these in record time. I would probably come back for these someday.

Captain : These are incredibly good, Mmm.

Crewmate : Do you think that the clue could be hidden inside these pastries? Just like fortune cookies?

Captain : Only one way to find that out mate. 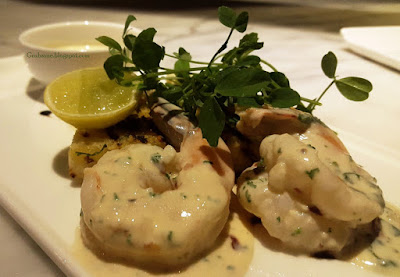 Drunken Prawns were flambeed with Anisette, draped in a creamy sauce and served with bread. These were good ol' prawns for a prawn lover. But as far as the fancy sounding additions go, I could not perceive anything different about these prawns. Maybe the enhancements produced too subtle a flavor. 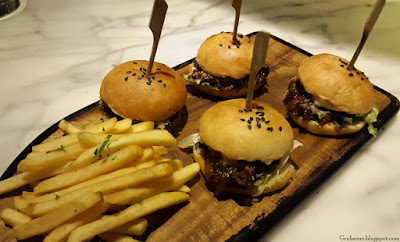 Pulled Pork sliders were little burgers with loads of pork. The slow cooked pulled pork was drenched with BBQ sauce. I personally adore Pork with BBQ sauce hence I enjoyed these sliders very much. Each bite caused meat, jus and Scamorza to leak out. I think that these were some of the most generously made sweet and juicy sliders that I have ever come across. Small burger outside, Big messy burger inside.

Crewmate : Uh Cappy, why are we not looking for the hidden clue?

Captain : Well lad, I can't hunt clues on an empty belly. Can I now? 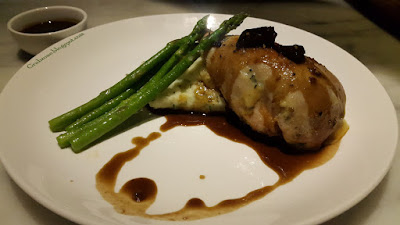 Smoked Scamorza emmental stuffed chicken sounded longer than a Power Ranger's battle cry. This chicken blob was stuffed with bacon and cheese. Upon cutting it, I was met with a flood of cheese which was meant to please. The dish had an amazing aroma too. A mixture of cheese, chicken and bacon is quite divine. The dish was very satisfying and its surprising to come across such good mains in a bar. The Daily bar thus earns its "And Kitchen." part. 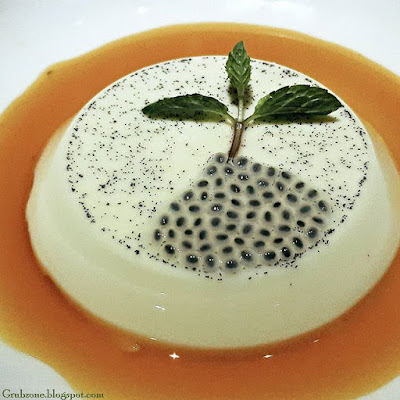 Panna Cotta. Though not very creamy, this was a decent panna cotta. It was well set and plated in an artistic manner. It resembled a white island surrounded by a sea of orange juice and rosemary. The tangy and fragrant liquid augmented the flavor and made the entire dessert experience a very pleasurable one. It marked a flavorful and an apt end to the whole experience.

Captain: This drawing on the Panna cotta looks like a tree on a hill.

Crewmate : What of it?

Captain : I have seen it somewhere. (Removes map from coat) Over here! A place with a tree on a hill.

Captain : Indeed, we now have our next mark. Saved by the dessert.


The service is professional and the main barkeep himself serves you your grog. The servers will explain your dish to you in case if you are wondering what that fancy sounding thing on the menu really is.

The pricing is on the higher side as compared to many pubs but the food's quality is remarkably higher as well. I have been to several pubs and on comparison, The Daily positively offers superior grub.

Good grog and grub covered. There was just one question left to be answered. The Daily sounds like some kind of a newspaper. Why is this place named that way? The wall adjacent to me had newspaper clippings of local papers. These were full of positive news and contrary to what mainstream media and loud mouthed news anchors feed us with. I assume that these positive news snippets are linked to the name "The Daily".

"Stock up the cellars lads. We have our next destination. Who knows what awaits us on our quest? We sail at dawn. The Blue compass awaits us."

-I was invited to the restaurant by its PR. My review however is objective.-

Posted by Rishabh Mittal at 1:49 am