There are restaurants which have multiple cuisines on their menu but end up making things taste similar. Won't it be a luxury if one could eat a Kebab Appetizer, a Chinese main, an African second course and an Italian dessert? Won't it be even better if all of these tasted authentic? Well this gets taken care of at a great extent in Global Chaos.

Though the name says Chaos, it does not literally mean that. The menus are easy to navigate through and you can form an opinion quickly. The only chaos exists in the form of choice. With so many delights on the offering, what does one choose? 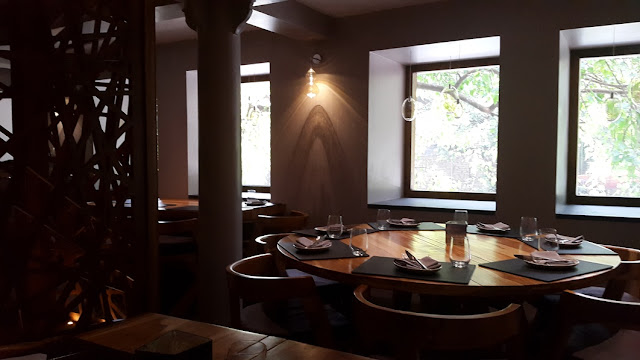 Located in the crowded but posh locality of Kala Ghoda in fort, the place could initially be a little hard to spot. The ambiance is reminiscent of a typical fine dine restaurant. It has a formal vibe to it and most of the patrons seem to be office folks from nearby places. Judging by the large number of six or more seater tables, I assume that they get lots of large groups at prime time. The place feels more lounge like at night when the lights become more prominent. 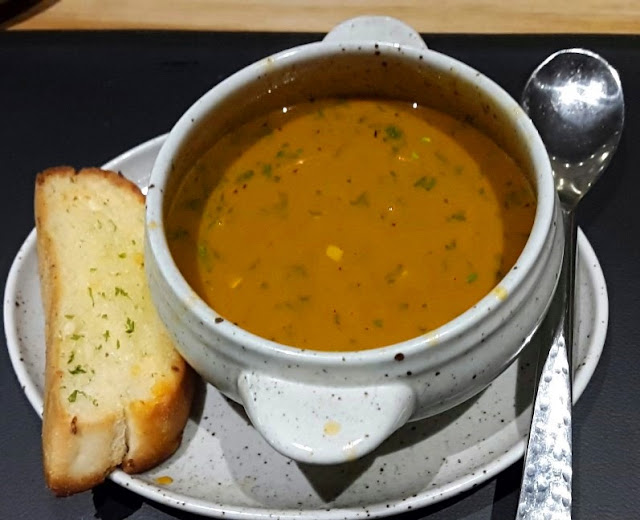 Shellfish Bisque soup is based off Creamy French soups. This had a smoky, creamy and savory flavor to it. The Shellfish added umame to the mix as well. It wasn't salty and its flavors felt like the deep sea. It also a had a sweet undertone due to the usage of brandy in the preparation but this can only be felt at the start. It was a proper French soup if you ask me, a good way to kick off the meal. 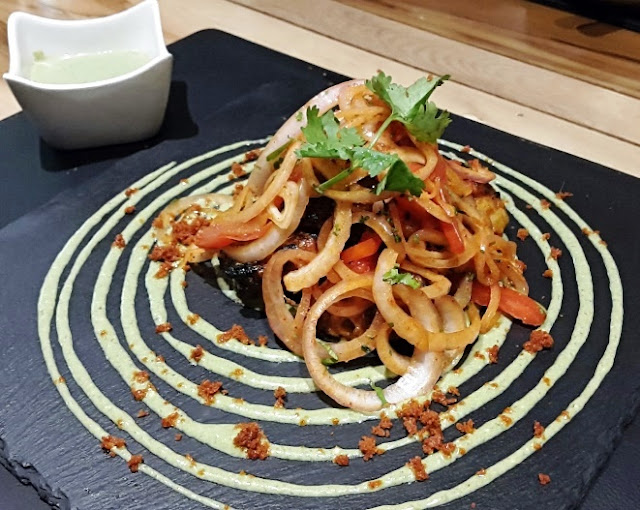 Cheesy Chicken Tikka had a lot of chatpata powder and chaat spices. The onion was also coated in a bit of pickle adding a bit of an "achari" flavor. Though the cheese wasn't perceivable, this kebab was creamy, spicy and felt like a fusion of chaat and Tikka kebabs. An interesting flavor, but the chaat masala suppressed the tikka spices and the cheese. 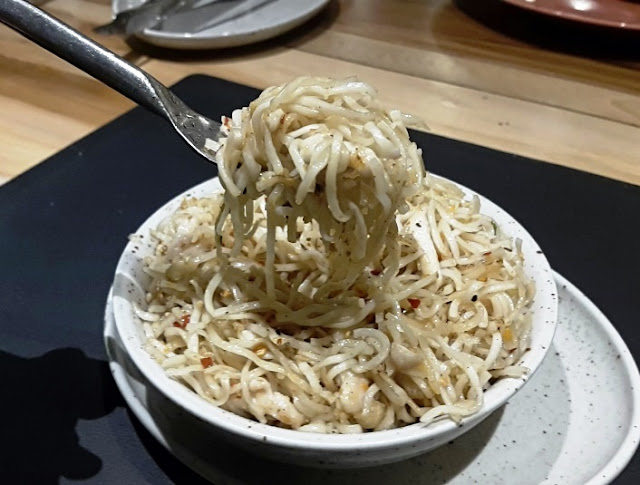 The Burnt garlic chilli noodles was a good main with the flavor of burnt garlic and basil acting as an earthy base. The Chili however was not properly married to the dish with the chef simply peppering it with paprika flakes. Powdered red chili would have worked better, paprika simply add a different kind of flavor. 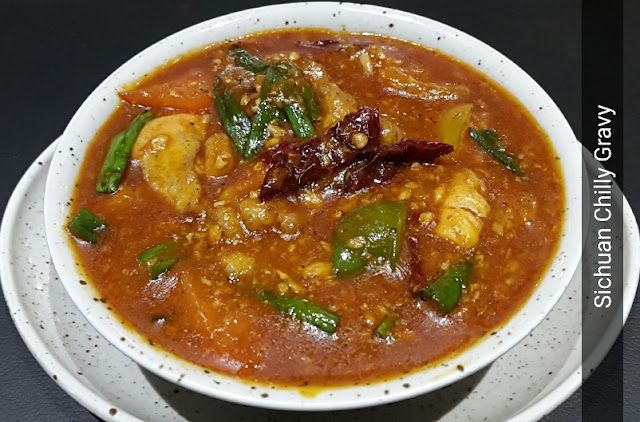 Sichuan Chili Chicken curry was spicy, loaded with sauces and had a delectable aroma. This was on par with the curry served at other Chinese Fine dine restaurants. Barring the paprika flakes, the other elements worked well for the curry and noodles. The two complemented each other well as a main. I would recommend this combination to the reader. 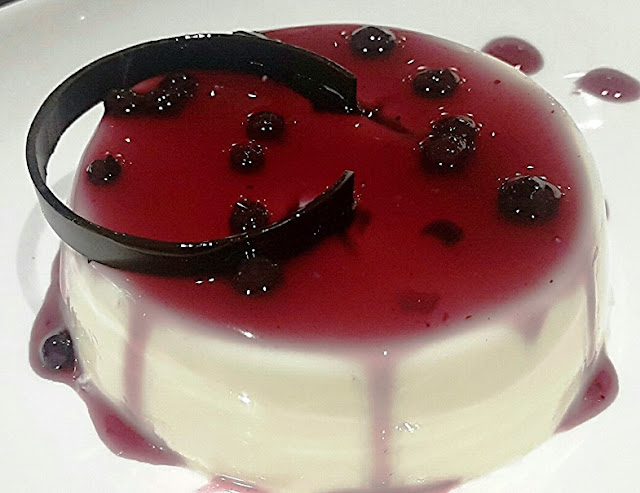 Blueberry Panna Cotta was absolutely the best panna cotta that I have had in Mumbai. It beats all previous favorites easily. It had a thick consistency, was creamy and boy did it jiggle like a jelly. The flavor was appropriately sweet and it pampered my taste buds gently. My compliments to the chef for this. Note that The panna cotta was a regular vanilla panna cotta, the blueberry compote was just added for aesthetics.

The service was a bit problematic - while the Captain level staff was professional and displayed proper etiquette, my server made a lot of mess ups. Instead of getting noodles, he got rice. His sleeves touched the curry while serving. He did not ask for nor recommend any drink. He was not informed that the restaurant was out of stock on pork, took him twenty minutes to find out and relay it to me.
So I suppose this area can be improved a bit.

The pricing is similar to most casual diners in the area. The foods quality justifies the prices for most cases in my opinion.


The multiple cuisine offering seems to work well for Global chaos for now. One hopes that they will maintain food standards and only improve in times to come. Would I visit again? Most definitely, I would hope though that the service is better and that they have pork next time.

-I was invited to sample the grub. My review however remains objective.-