The most dangerous place on the seas - The last island in this sea of ship wrecks lied ahead of us. It could be the compass' final resting space. But it wasn't going to be easy, was it? As our ship sailed towards the Farway Island, a large reptilian leviathan emerged from the waters. This thing was massive, at-least four times the size of a Kraken. The monster lunged at us intending to swallow the ship whole. There was no way we could dodge something so big. "Brace yourselves mateys..."

I remember going to Adlabs Imagica last year. I also remember seeing Novotel Imagica sitting near the entrance looking grand as ever. Now, its not a new thing to have star hotels in or around big theme parks. One often cannot cover the entire park in a single day and might require an overnight stay or two. Disneyland has a big hotel, Universal Studios has one too and so does Adlabs Imagica. The theme park is the principal attraction but the hotel is a top place in its own right.

Now to avoid confusion here, I am going to split this piece into two. One shall chronicle the food experience I encountered at Novotel's restaurant Square and the other would discuss the Hotel stay-in experience. Since you see the brown script at the top, you know this one will be about food ha. 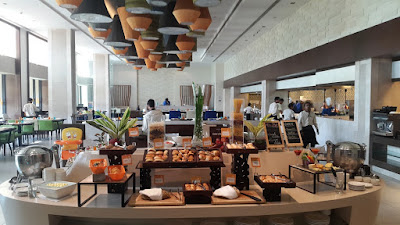 I have been to many places - Star resorts and more. And, I can positively say that Novotel's Square emphasizes on food as an essential part of the Hotel experience. The food here was amazing with a very large spread that changes every day. There is proper diversity with many different options under many different cuisines being available. Comparing this with my stay at Ramada in Goa, I would say that Novotel at Imagica is a far more superior Hotel when it comes to the food they serve.

The resident restaurant Square and a bistro like restaurant near the lobby serve as the eating joints in the property. While the is fit for a quick snack or something, Square is the classy centerpiece of the Hotel.  The platter is huge, one of the largest that I have seen in India. In fact, I'd say a brunch experience here is something worth individually coming for. Square at Novotel has recently launched its Sunday Brunch which is to food lovers what Oxygen is to mammals. 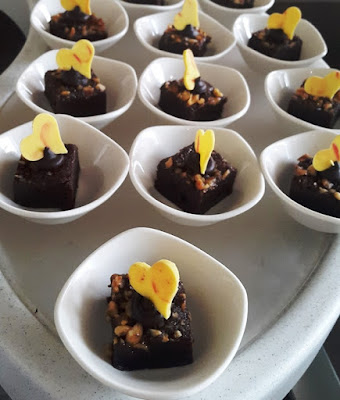 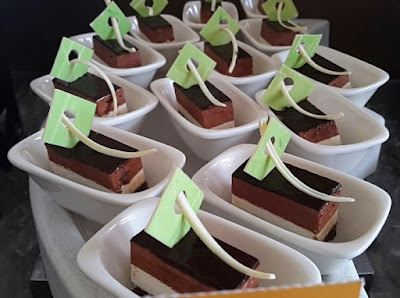 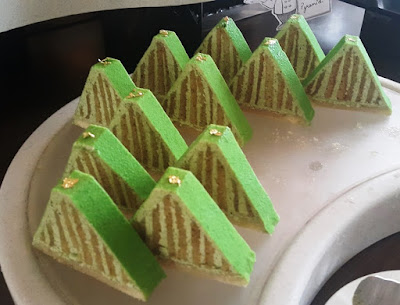 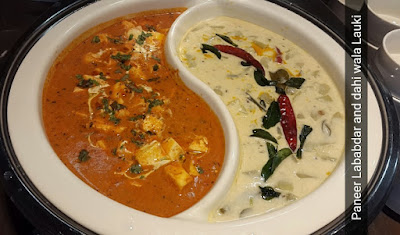 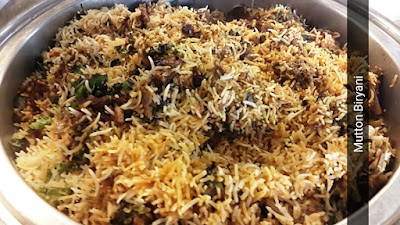 The Brunch serves a lot of things that would suit a breakfast platter and a lot that would suit as lunch. The choices are huge and to top it, the platter changes every week. Above are some of the things that I tried. PS : The green triangle thingies would be Matcha cakes. I'd be making an understatement here if I say that one is spoilt for choice here. The choices were beyond what I could count.

The Brunch also combines some other elements like Live music (We had a nice young band playing numbers from the 80s and 90s) and cake mixing(More on that later).

So here are some of the things that I really loved. Do note that they may or may not be available later on as the menu rotates. The Sunday brunch has an extra large platter bundled with other activities. 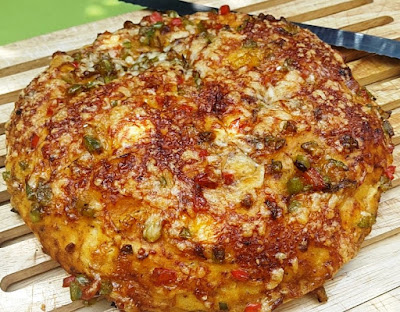 Cheese Bread - This bread was predominantly made from cheese. Yep, you heard it right. There was crumbly flour bread somewhere inside but the cheese with a bit of capsicum dominated the plate. This looked good and tasted amazing. It made a great part of the breakfast bit of the brunch.

First Mate : We cannot dodge it, we cannot outmanoeuvre it and its shitty skin is too hard for cannons to make an impact.

Captain : The best way out is always through. Sails at full. Head towards the beast at full speed.

Quartermaster : Are ya out of your mind? The creature will eat us.

Captain : Our ship is but a marble to it in comparison. And we really don't have a choice.

First Mate : I'd too say that you are out of yer mind but your face suggests you have a plan. 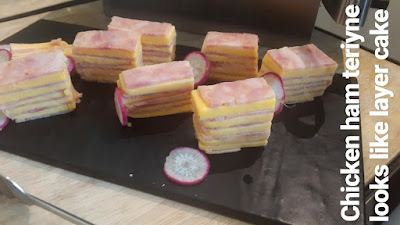 Chicken Ham Terrine was an absolute delight. Made to resemble a layered cake, this delightful treat used chicken terrine slices and cheese slices in an alternating fashion giving it a multiple layered appearance. The flavor was amazing as the salty savory chicken's flavor fused perfectly with the cheddar slices. This was probably the best fusion of cheese and chicken that I have ever had - Definitely a star in the breakfast and salad station. 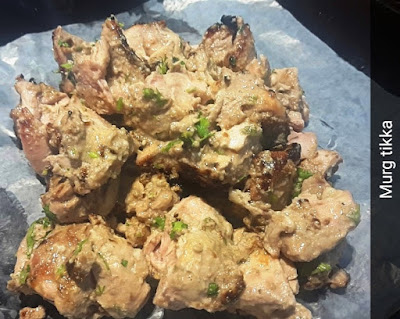 Gulabra Chicken Tikka was creamy and smooth. The meat was medium rare and there was a hint of Gulkhand or rose petal jam in the kebabs giving it a fragrant and a sweet undertone. My first time with such a kebab variation. 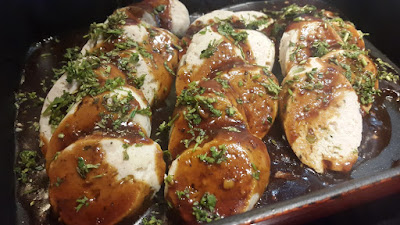 Chicken Roulade with cinnamon jus - This left me quite surprised. I have had roulade all over Mumbai and yet I haven't found one that I can like. And strangely miles away in the country side, Square's Roulade was perfect with juicy flavor packed in every bit. The cinnamon jus felt much like a balsamic drizzle though its well known that those are close as far as flavor goes.

(The ship enters the creature's colossal mouth.)
Captain : This monster's mouth is large enough for our ship to sail inside unscratched.

First Mate : Enlighten me why are we allowing our ship and ourselves to be eaten like this?

Quartermaster : Ok we are inside the beast's mouth. Now what? 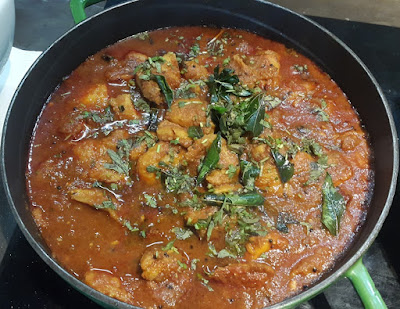 Andhra style Fish Curry was a mixture of many flavors, and sensations. Its initial appearance was that of a rough textured coastal curry, and sure enough the coastal flavors were right at the front. Then there was a minor resemblance to sambhar in one of the tasting sensations. In totality it was a humble and a good dish, the stuff you would like to savour after a long tiring day. 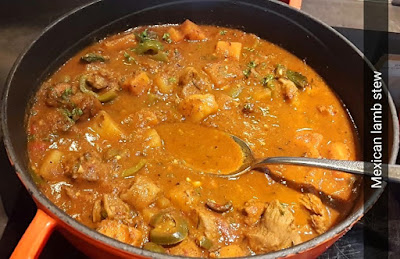 Mexican Lamb Stew was one of the best things in the Brunch. I have never had this dish before so its flavors invoked a sense of romance. The romance of trying something new. This slow cooked stew was salty, a bit spicy and even a bit tangy. The aroma was quite appetizing too. Even as I write about this, I smack my lips reminiscing its flavor and wondering when will I get the opportunity to eat it again. 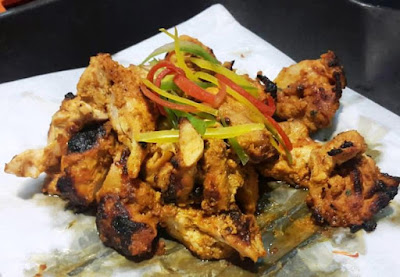 Murg Angarey Ke sholay - Loosely meaning Chicken embers of sparks - this was a spicy tikka kebab with a dry and addicting flavor within. Its spice felt like a hot desert with a firestorm raging in the middle. 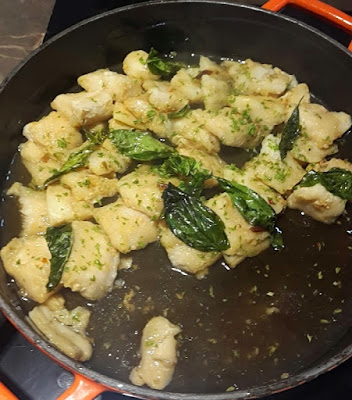 Steamed Fish in Plum sauce was a mildly savory fish tossed in a subtly sweet plum sauce. The flavor was quite unique as a mix of savory, sweet with a bit of umame. If the fiery kebab above represented fire then this was certainly was the ocean incarnate. The dish was easy on the tongue and would certainly please most palates. 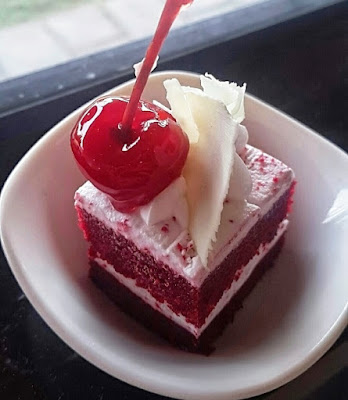 There was a rather huge selection of desserts so just let me list the two that I enjoyed the most. Red Velvet Cake was creamy and tasty. Square's dessert department was certainly of top calibre. Not only was the dessert platter large, each of its delights were quite heavenly. This cake was quite a party in my mouth, not to mention it was a bit of a hit on my Instagram too. So both a visual and gustatory treat.

Captain : (To Gunner) The outside skin is impervious to cannon fire. The inside however can get ripped even with a sling shot. Blow the bastard from the inside.

Gunner : Ooh, you are the clever one. 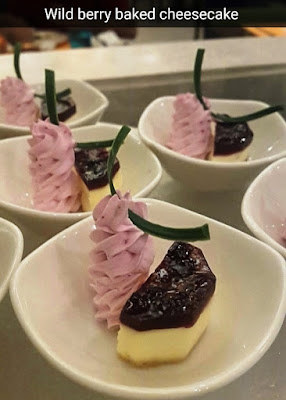 Wild Berry Baked Cheesecake was a genuine baked cheesecake with cream cheese and egg. The berry mixture seemed to be made of blueberry, strawberry and raspberry. It imparted a sweet tarty flavor to the delectable cheesecake. The cream on the side had been flavored with the berry concentrate as well. 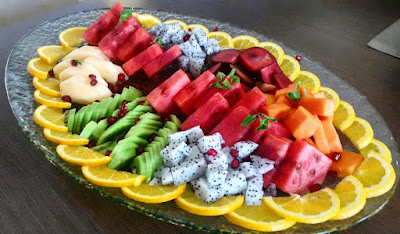 For people who wished to have a healthy dessert, here is a pretty looking Fruit Bowl.

While the food was top notch, the only thing that seemed to be lacking was the presence of a good mixer in the house. Even basic cocktails like a Mojito seemed to be made incorrectly. However, I felt that this was too minor for coming in the way of an otherwise great meal experience. 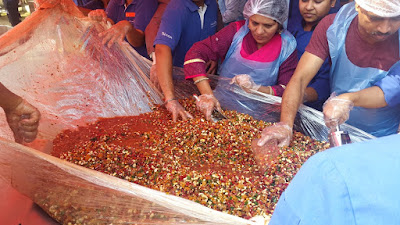 There was once a time when crushing grapes with feet was considered a social achievement, well that's old news. Cake Mixing is the new in thing. Post Brunch, Novotel offers patrons the choice of participating in a community activity where people mix Christmas cake ingredients together. Though they won't be able to make their own cake and eat it too, it is possible to eat cake which was mixed by past participants. This activity should last till Christmas so visiting Novotel Imagica before Christmas would be a fun idea.

I cannot comment on the service since most of the Brunch buffet was self service but the staff did display etiquette and discipline expected in a star hotel.

Novotel is a four star property so do expect the prices to be on par with a typical four star property. The place however does full justice with its excellent rooms, service, amenities and most importantly the food. Novotel easily beats several five stars across India in the matters of food.

Adlabs Imagica is India's only international theme park. And Novotel Imagica is the perfect base camp before fun seekers try to ascend the summit of the Imagica excitement. The place is perfect on its own and its Sunday Brunch was one of my best experiences as a blogger to date.

As a blogger, as a food person and as an adventurer - I would highly recommend the reader go to Adlabs Imagica, Stay at Novotel overnight, make sure its a weekend so that you can grab the Brunch.

"
(Cannons destroy the creature's mouth from the inside. The creature rises in the air and opens its mouth)

Captain :  All right fellas, full sails up - we are ditching this joint.

First mate : The sea monster seems to be quite high above the water. Our ship will fall to the seas the moment we emerge from this monsters mouth.

Captain : Brace yerself everybody. This will feel like a roller coaster.


-I was invited to a weekend stay at the hotel to experience the place. My review however remains objective.-
Posted by Rishabh Mittal at 7:07 pm