After wowing the suburban audiences in Juhu, The Spare Kitchen(TSK) finally opens its doors in the town at Worli's Atria mall. Though the deserted mall may feel a bit awkward to the patron, rest assured its still better than an overcrowded mall coming in between you and good food. Atria has recently been a magnet for a few big name eateries and this pleases me a lot. 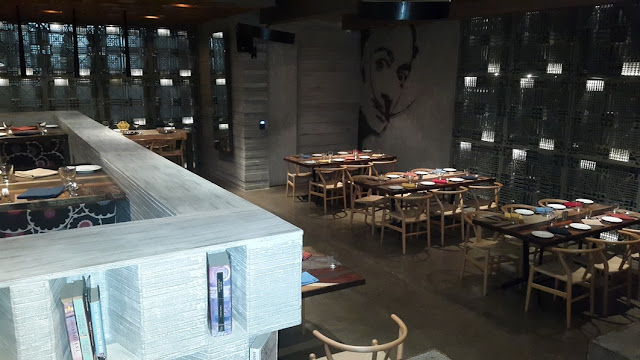 The place is huge with close to about 150 covers. I am pretty sure this means that one will mostly never have a reservation hassle. The ambiance is mix of formal and informal. It feels very modern. The silver and grey theme infuses classiness while the furniture makes it look like an evening place. There is even Salvador Dali hidden in the walls. The lighting is dim lit which feels like a running theme in all restaurants from Chef Rakesh Talwar's stable.

The food is a mix of North Indian with a bit of western and the Far East. There are some classical Indian favorites on the menu too like Dal Makhani. There is also a Pizza section with a lot of Indianized pies. 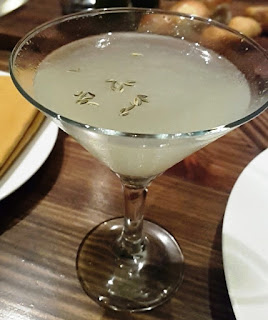 Fennel Infused Martini - A sweet and sour drink. Though the fennel could not be felt, it had the pleasant calm of cucumber in it. A sober drink (if that oxymoron makes sense) for the refined masses. 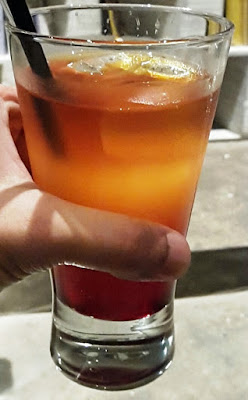 Planter's Punch. A mix of Dark Rum with orange and pineapple - This was a polar opposite of the one above. It had a candy like spunky flavor and a party vibe in it. 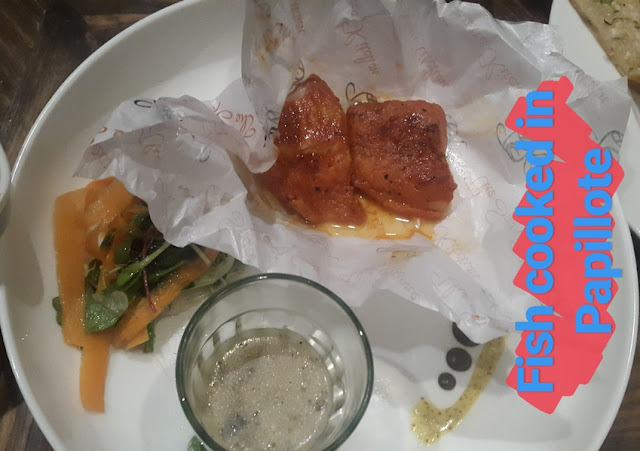 Fish cooked in Papillote  - This was Basa baked in parchment paper. The visuals were a perfect emulation of the French delicacy. The flavor was mildly spicy and salty. Though I did feel that another fish could have been used instead of the gooey Basa. 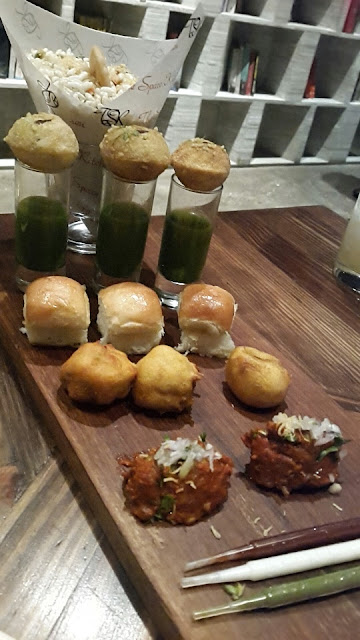 Chowpatty on TSK platter is a crowd favorite at the Juhu installation so it was imperative that we try it here too. It was a mix of Mumbai's popular street food on a single platter given a bit of a fine dine make over. Potato Vadas, Bhel, Pav Bhaji and Pani puri adorned the platter. While everything else tasted like their street food namesakes, the pani puri felt a bit different as it used an oatmeal like mix instead of the classical pani puri mix. 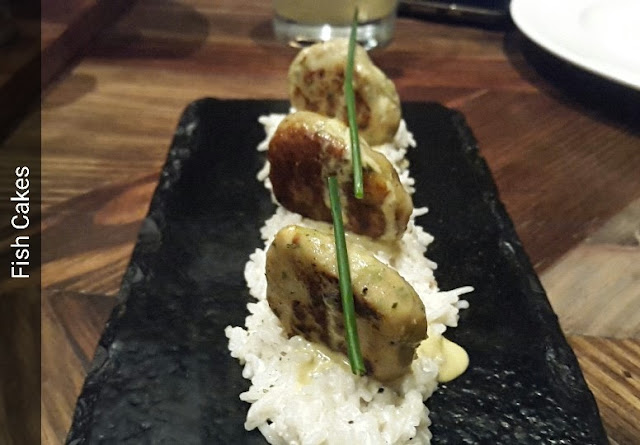 Fish cakes were pan fried fish cutlets with a serving of coconut rice. The flavor felt salty and very coastal. There was a Konkani essence to it. The fish cakes were soft and delectable. The pairing with the rice seemed to work well. 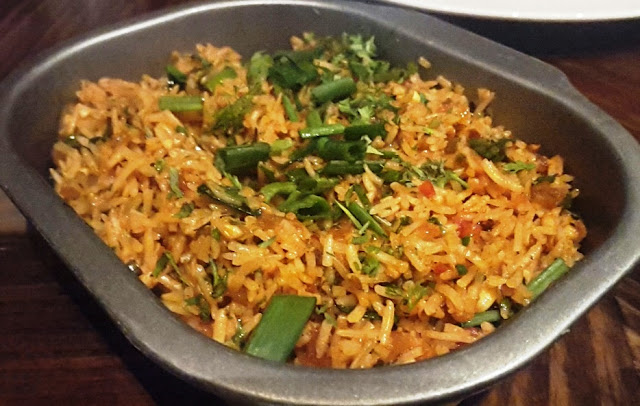 Khepcha rice with prawn tasted very Burmese in construction. The flavor was smooth, the aroma inspiring and the perfect rice really caressed the tongue. Its appearance looked ordinary in a restaurant obsessed with deconstruction and plating. However, the dish let its flavor do the talking. It was food for the soul. The dish of the night. 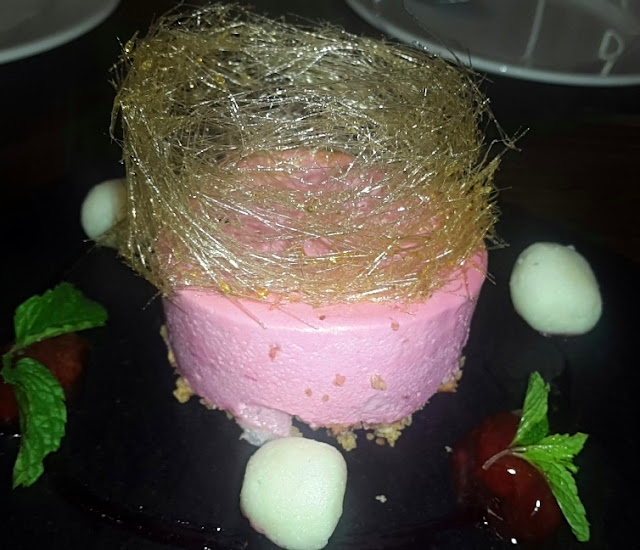 Strawberry Rasmalai Cake was high on the optics but timid on the flavor. This was a "no bake" variety of cheesecake with subtle strawberry flavoring and bits of rasmalai in and around the thing. I have definitely had better. 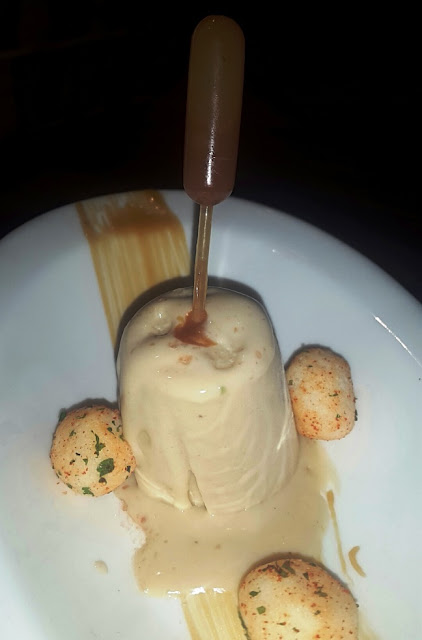 Sea salted caramel Kulfi was the unsung hero among the desserts. Whilst its appearance did not match the flair of the Cheesecake above, its sweet flavor was quite a treasure trove. The sea salted caramel had blended perfectly with the Kulfi and did not feel like an external add on. The kulfi itself was very creamy, soft and yet retaining its identity and not becoming an Ice Cream. This was by far the best Kulfi that I have had in a long time. Regardless of what one eats in their other courses, this Kulfi is the ideal finisher.

The service was excellent and the staff was well trained for a new restaurant. Service has always been one of the strongest points of Rakesh Talwar's restaurants and TSK at Worli was no exception.

The pricing is definitely on the upper side however I will be honest and admit that it felt lower in comparison with other fine dines in this side of town.

The menu diversity, the deconstructions and the fusion food are the restaurant's top selling points. It is a place where one could try something completely new on every trip. I always respect creativity and chefs who like to promote avant garde. If you are in Worli then TSK is a great place to drop by. If you love good food then TSK is worthy enough to travel to.


-I was invited to the place along with a shipload of bloggers and influencer folks. As such the meal was on the house, however my review is neutral and based of my eating experience alone-